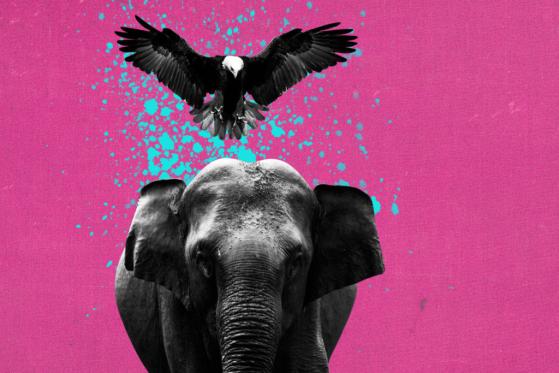 
After securing its independence from the U.K. in 1947, India’s relationship with the U.S. has had its share of ups and downs. However, ever since the 1990s, the relationship has largely been strong, positive, and mutually beneficial from political, military, and economic perspectives.

However, another facet of that relationship has emerged with the ascendance of blockchain technology. Since the creation of in 2009, the U.S. has been one of the leading countries building out the technological ecosystem supporting the ongoing development and innovation, which have been hallmarks of blockchain and cryptocurrencies.

That could be changing.

According to the 2021 Global Crypto Adoption Index from Chainalysis, India is aggressively advancing its cryptocurrency aspirations. This year’s ranking below, shows India is in the second spot, up from eleventh in 2020. While the U.S. slid from sixth to eighth in the ranking.

The Economic Times, an India-based news outlet, states in a recent article that India will likely surpass the U.S. as a leading cryptocurrency economy within the next two years, according to writer Tamanna Inamdar.

“The growth is amazing. It is almost five to six times in the last 12 to 18 months and we have seen new start-ups in India, we have seen new investments coming in. We are lesser compared to let us say the US where there are a lot more crypto start-ups, a lot more valuable companies, a lot more crypto companies going for IPO in the US. India has still not caught up with the US but in the next two to three years we will probably have an even bigger ecosystem here.”
However, another recent ranking tells a different story. According to Coincub’s 2021 Global Crypto Ranking issued last month, the U.S. is the clear global leader, while India comes in at the sixteenth position.

The Coincub ranking considers 18 different factors – all of which are listed along the right hand side of the above graphic – and include such things as institutional acceptance, government regulation, DeFi adoption, bank activity in crypto, mining hashrate – just to name a few. It’s worth noting that the previously mentioned Chainalysis ranking is only based on three weighted components.

Regardless, the Coincub description of the crypto market in the U.S. is as follow:

The US leads the way in overall crypto friendliness – but not by as much as you may think. Across all our criteria, some countries perform better on certain aspects such as institutional acceptance and regulation. However, in the US a high percentage of the population owns crypto. The US is also home to Coinbase (NASDAQ:), the world’s first stock market listed crypto exchange – which also happens to be one of the biggest. The US has the highest number of bitcoin ATMs per capita. Tax is not particularly high but you do have to pay. The IRS will want an account of your activity for tax records. Investing in bitcoin for retirement purposes is acceptable, but carries high fees due to the volatility and risk involved.
And the Coincub crypto assessment for India reads:

The bitcoin phenomenon has been growing in India for some time and investing in crypto for gain, as opposed to using it as a payment facilitator, is riding a wave of enthusiasm. Cryptocurrency trading is legal and acceptable. Huge regulatory changes are being discussed, one of which is the Cryptocurrency and Regulation of Official Digital Currency Bill, 2021. This was scheduled to be addressed in the budget session of Parliament in March but was deferred at the last minute. Meanwhile, a fairly high percentage of residents holding crypto, moderate tax on gains, and exchange availability all put India on our list.
When all is said and done, there are too many variables to declare which crypto market will be the largest within two years – but does it really matter? Whether you live in a crypto-friendly country or a country that has banned crypto, the technology still works as does its promise of economic equality for all citizens of the world.

It’s helpful to be aware of how other countries adopt or reject crypto. If countries like China and Russia reject private cryptocurrencies, and only embrace state-run digital currencies – that should tell you something about politicians within your own country who oppose crypto.