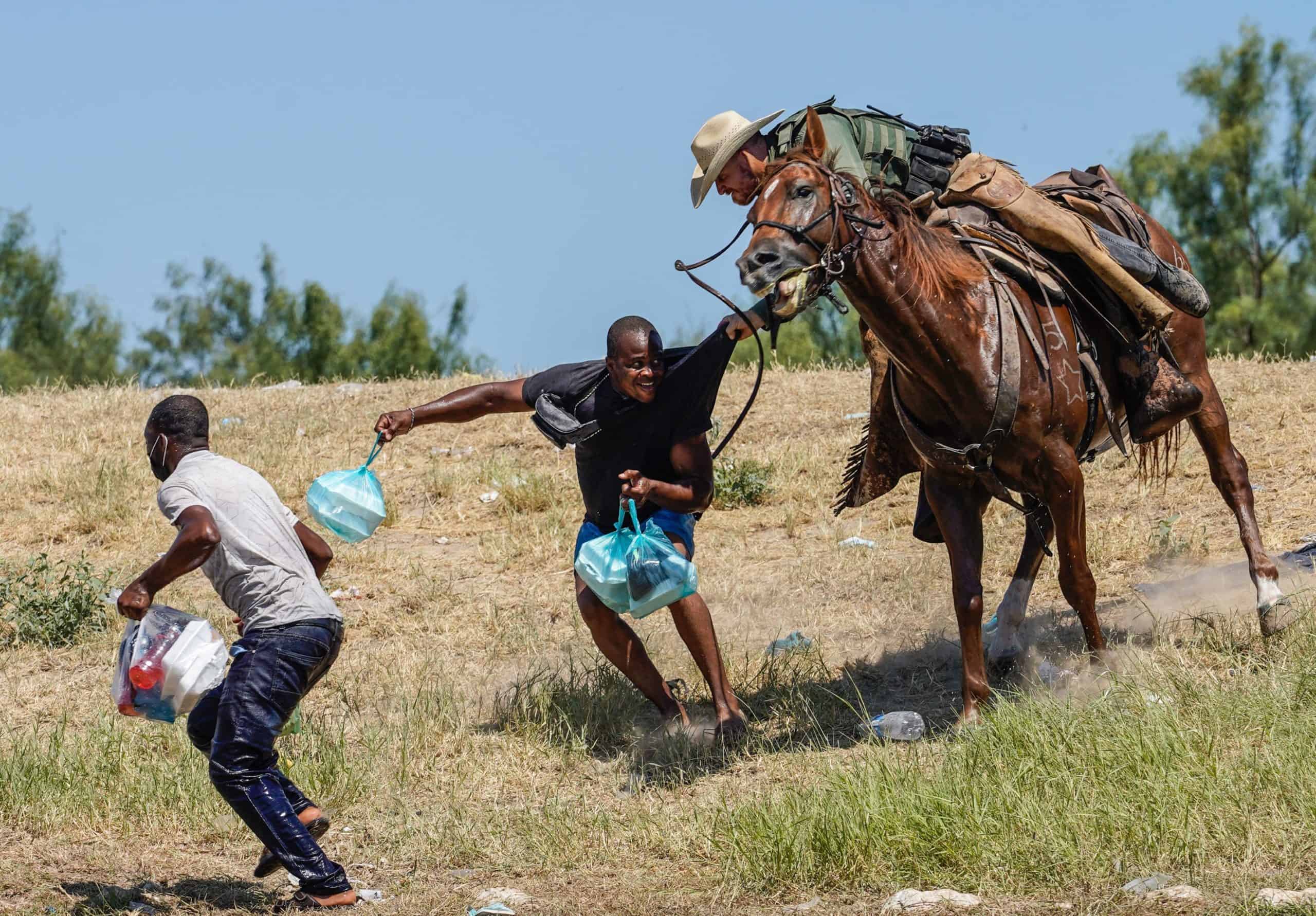 TSR Politics: The White House is speaking out against a few viral images shot at the U.S. Southern border of what appears to show border patrol agents using whips against Haitian migrants.

As previously reported, the Biden administration plans to ramp up deportation flights to Haiti as an estimated 10,000-plus Haitians are currently sheltering under a bridge in Del Rio, Texas.

According to Reuters, images of Border Patrol agents on horseback appearing to use whips on migrants returning from Mexico after buying food surfaced Monday. The White House said the images, shot by journalist Paul Ratje, are unacceptable and not appropriate.

“I have seen some of the footage. I don’t have the full context. I can’t imagine what context would make that appropriate,” White House spokeswoman Jen Psaki told reporters. “I don’t think anyone seeing that footage would think it was acceptable or appropriate.”

Additionally, Psaki called footage of the incident “horrible to watch” but added, “we just have to get more information on that” before she could comment further.

When asked if the agent should be fired, Psaki said, “Of course they should never be able to do it again.”

Homeland Security head Alejandro Mayorkas was also asked about the photo and said the reporter who asked him about the whip was “assuming the facts,” suggesting the agent might have been holding a long rein.

“To ensure control of the horse, long reins are used but we are going to investigate the facts to ensure that the situation is as we understand it to be and if it’s anything different, we will respond accordingly,” Mayorkas said.

As for the possibility of agents using whips, Mayorkas said, “We’ll certainly look into the matter to make sure we do not have activity” that is “unacceptable.”

We’ll keep you posted on any updates.

The post White House Says Apparent Use Of Whips On Haitian Migrants Is ‘Not Acceptable’ appeared first on The Shade Room.