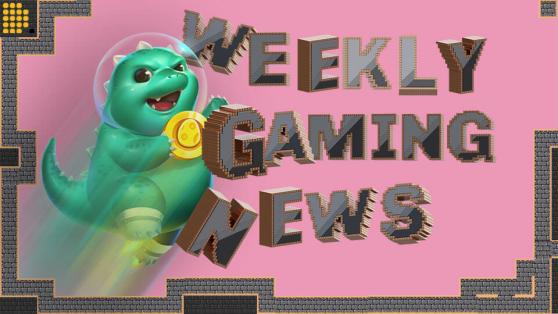 
Crypto hello to all the 1st and 2nd players!

Cutting-edge Games Conference, or simply CGC, is one of the few existing conferences aimed solely at blockchain gaming. Finally, the date of the online event was announced – September 23rd-24th. Of course, as the industry is quite young, the annual number of participants is humble: approximately 2000.

On the other hand, the conference already gave the stage to Justin Sun, Animoca Brands CEO Robby Yung, Robby Yung from Dapper Labs, Sarojini McKenna from Alien Worlds, and some others.

Electronic Arts is About to Enter Blockchain and NFTs

One of the world’s biggest gaming studios, Electronics Arts, posted a job announcement for blockchain positions in their offices worldwide. You might know the studio for such AAA-ranked game series as Need For Speed, FIFA Football, The Sims, Battlefield, Star Wars, Apex Legends, and so on.

Compared to its competitors, this may be a late entrance into the crypto industry. For example, Ubisoft is actively partnering with Tezos already. On the other hand, Electronic Arts owns more titles and more importantly, sport licences: FIFA, Formula-1, NBA, NHL, and some others.

As we know, the crypto gaming industry comes from the growing NFT popularity, which is deeply rooted in cards and other collectibles. Thus, obtaining these licences makes room for greater success than REVV or Animoca Brands have made.

My DeFi Pet’s Smart Contract Was Approved by PeckShield

Smart contracts are an important part not only for the crypto world. The possibility of an automatically executed fraud-free transaction protocol is incredibly important for any type of internet activity. The recent boom of blockchain games showed that smart contracts are not only beneficial but inevitable.

After a previous integration of Chainlink’s VRF solution, the project does not stand still. The current step that has been completed is the audit of games’ smart contracts by PeckShield, a blockchain security and data analytics company.

Furthermore, they took a brief look at the overall design and implementation of the game. In brief, the review claimed the game code is “clearly organized.”

You can check out the full report here.

First Binamon NFT Game is Released and Available to Play

Binamon has a lot in common with Axie Infinity or My Defi Pets in terms of in-game mechanics. On the other hand, Binamon is more than one game, it’s a 3D multiverse (consisting of one game so far though).

The game was released for the general public on August 28th, although no functions are available yet. For example, collecting and battling mechanics have already been launched but the adventure mode in which we could explore the 3D metaverse is still to be implemented.

Obviously, the game takes inspiration from the biggest digital pet game series, Pokemon, evident in the name of the project. The first part of “Binamon” also alludes to another of the game’s features; it uses the Binance Smart Chain (BSC) BEP-721 token standard for minting in-game characters.

This multiverse is one of the most active amongst other crypto gaming ones. It has one of the biggest communities as well as the biggest variety of possibilities. Now, the project’s functionality treasury is replenished with a new gaming toolkit: Quest mechanics.

CryptoKitties creators Dapper Labs (as well as Flow) announced their partnership with Filecoin for improving NFT ownership and storage. In theory, Dapper Labs’ experience with NFTs, Flow’s IPFS content addressing, and Filecoin’s provable and decentralized storage should complement each other and work synergistically.