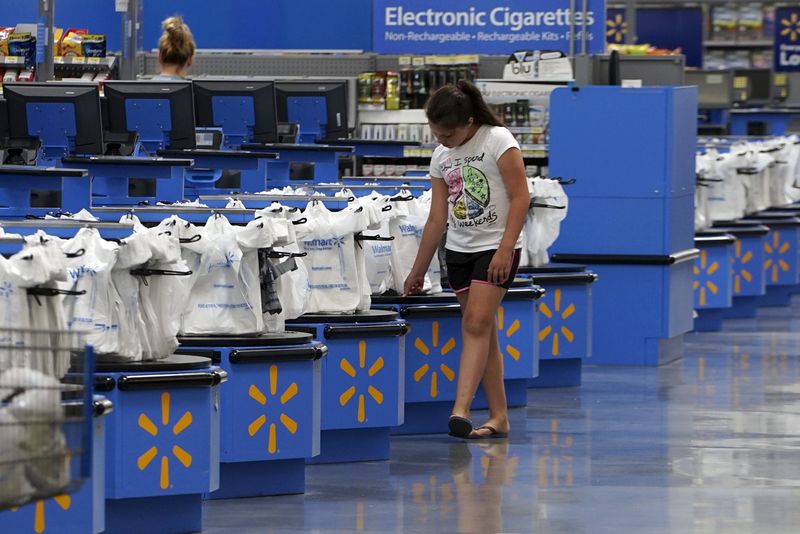 Investing.com – Walmart (NYSE:) stock traded 0.4% lower Thursday as a report in The Wall Street Journal said the retailer is phasing out its decades-old quarterly bonuses for store workers and merging them with the base pay.

The company is currently implementing wage hike for its staff, having raised the minimum pay $1 to $12 per hour.. According to the WSJ report, most workers preferred the new formula given the hourly wage is the most important part of their pay, and that merging the two increases the amount of a consistent, predictable income.

It is not clear how the merging of the bonus will pan out cost-wise for the company but it would generally be expected to inflate the expenses given the payout is no longer conditional on the store or the worker meeting certain targets.

Earlier, given the bonus depended on a store’s performance, it varied since the outlet didn’t always qualify for the worker to earn the money.

The move comes at a time when employers, from retailers to restaurants to manufacturers have found it difficult to attract workers. Most companies have been forced to hike wages to address the gap.

Walmart moved to a quarterly bonus payout in 2007 from what used to be an annual feature, started decades ago by its founder. Base pay at the country’s largest employer lags Amazon (NASDAQ:) and Target ‘s (NYSE:) where it is $15 an hour.

By the end of this month, company workers will earn an average of $16.40 per hour, the WSJ report said quoting the company.