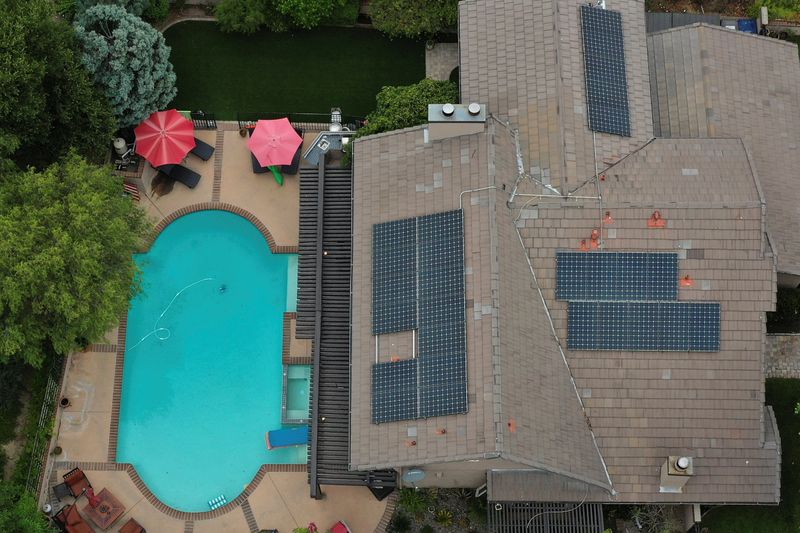 (Reuters) – U.S. mining companies are blasting proposals in Congress that would set royalties for , lithium and other minerals extracted from federal land, with executives saying the measures would hurt domestic production of the building blocks for solar panels, electric vehicles and other green technologies.

The House of Representatives Natural Resources Committee added language to the proposed $3.5 trillion reconciliation spending measure last week that would set an 8% gross royalty on existing mines and 4% on new ones. There would also be a 7 cent fee for every ton of rock moved.

That would mark one of the most-substantial changes to the law that has governed U.S. mining since 1872 and could raise about $2 billion over 10 years for federal coffers.

The full House could reverse the committee’s move and the legislation faces an uncertain fate in the U.S. Senate.

“The race for electric vehicles and electrification of the economy requires metals and mining, and that needs to be incentivized, not stalled,” said Rich Nolan, head of the National Mining Association, an industry trade group.

Tensions are rising in the United States over how best to procure minerals needed to green the economy. President Joe Biden has yet to take a public stance on the issue, though privately he has signaled plans to rely on allies for EV metals, Reuters reported earlier this year.

The 1872 law did not set royalties in order to encourage development of more than 350 million acres in the western United States. Miners say it should remain as-is, or be tweaked only slightly. Environmentalists have long said the law should be updated to require the industry to pay to extract minerals on taxpayer-owned land.

Executives say Biden’s goal to have 35% of U.S. electricity generated by solar panels – up from 3% today – would be all but impossible without new mines. Silver is used to make photovoltaic cells.

“This royalty proposal is really inconsistent with being able to grow production and meeting the demands for silver to green the economy,” said Phil Baker, chief executive of Hecla Mining Co, the largest U.S. silver producer. Baker said he will close mines if the proposal is approved.

Miners say they already pay high income, sales and other taxes. They warned that the proposed royalty on gross profit would discourage investment when commodity prices rise and shorten a mine’s life when prices fall.

The NMA declined to say what percentage royalty its members would find palatable. It said it would prefer a royalty on net, rather than gross, profit.

“New taxes on the front end of the supply chain undermine the EV battery goals that have been set by the president and Congress and make U.S. policy look schizophrenic,” said Todd Malan of Talon Metals Corp, which is developing the Tamareck nickel deposit in Minnesota. Nickel is used to make EV battery cathodes.

The proposed new royalty rates would affect so-called hard rock mining, but are part of a series of other proposed fee hikes on oil, coal and extraction. The committee also approved language that would block Rio Tinto (NYSE:) Ltd from building its Resolution copper mine in Arizona.

The NMA said it does support the committee’s proposal to create a $3 billion reclamation fund for older abandoned mines.

Lithium Americas (NYSE:) Corp, which is developing the Thacker Pass lithium mine on federal land in Nevada, said it stands ready to work with Congress to develop a “reasonable royalty for operating on public lands.” Lithium is a key component of EV batteries.

“The current proposal will impair U.S. competitiveness when demand for lithium is soaring and the domestic production is just starting to respond,” said Tim Crowley of Lithium Americas.