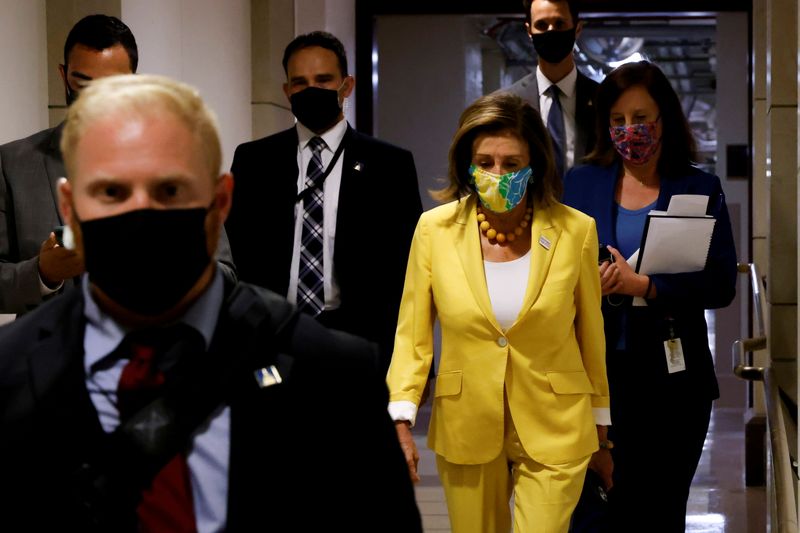 WASHINGTON (Reuters) – Publicly funded pre-school, child care subsidies and two years of tuition-free community college are on the agenda this week, when a U.S. House of Representatives panel votes on parts of a sweeping social spending plan backed by President Joe Biden.

The president, a Democrat, campaigned on the proposals, pitching the pre-school and college schemes as adding an additional four free years to the U.S. public education system. The House Education and Labor Committee plans to debate and vote on the measures in a Zoom session on Thursday.

The items on the agenda would cost $761 billion over 10 years, the largest single chunk of Biden’s ambitious $3.5 trillion domestic spending initiative aimed at addressing Democratic priorities, including climate change, immigration reform, and healthcare.

Other House and Senate panels are working on their respective portions of the package that Democrats hope to assemble and pass soon, if they can keep their narrow majorities unified against strong Republican opposition.

The Democrats’ plan calls for spending $450 billion on programs to lower the cost of child care through subsidies and provide universal pre-school for 3- and 4-year-olds.

The goal is for most working families to pay no more than 7% of their income on child care, a committee aide said.

Progressives have pushed such programs for decades. House Speaker Nancy Pelosi, an 81-year old with five grown children, said on Wednesday that former President Richard Nixon had vetoed a bill providing national day care 50 years ago amid concerns that it was too “Soviet.”

“So it’s long overdue, that we recognize the importance of our children, and their care,” Pelosi told reporters.

The plan contains $111 billion aimed at providing two years of tuition-free community college. Some funds would go directly to community colleges, which serve many low-income students. There would also be an increase in Pell Grants, a popular college subsidy program, to a maximum grant of about $7,000 a year.

Democrats are trying to pass the plan using a special procedure known as “reconciliation https://www.reuters.com/article/us-usa-congress-reconciliation-explainer-idCAKBN2FB1Q7,” which allows legislation to advance in the Senate with a simple majority vote instead of the 60 votes usually needed to overcome a filibuster in the 100-member chamber.