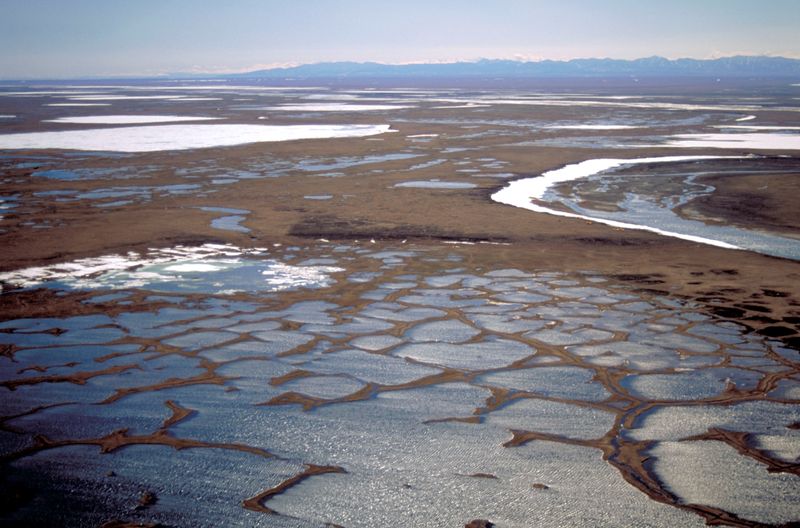 © Reuters. FILE PHOTO: The coastal plain within the 1002 Area of the Arctic National Wildlife Refuge is seen in this undated handout photo provided by the U.S. Fish and Wildlife Service Alaska Image Library. The Brooks mountain range in the distance is not part of t

WASHINGTON (Reuters) – The House Natural Resources Committee late on Thursday passed legislation that will go into a wider budget reconciliation package that includes restoring protections for a pristine Arctic wildlife refuge from oil and gas drilling.

The committee approved the measure 24-13 after Republicans weighed down the process with about 100 amendments forcing Representative Raul Grijalva, a Democrat and the chairman of the panel, to extend markup of the bill into a second day after holding the first session last week.

Republicans urged Grijalva to postpone the panel’s consideration of the bill, saying Congress should first help people recover from Hurricane Ida and concentrate on the Taliban takeover in Afghanistan. Representative Garret Graves, a Louisiana Republican who joined the panel remotely while dealing with the aftermath of Ida, said the bill would harm offshore oil production.

However, Grijalva said the bill is aimed at curbing climate change, which can make storms like Ida stronger, and creating jobs in the energy transition.

On Jan. 6 the administration of Donald Trump held the first lease sale for ANWR, with only nine of 22 tracts sold and none bought by major energy companies.

Environmentalists cheered the passage of the legislation. “Developing this National Wildlife Refuge for oil and gas is simply bad business with unacceptably high costs to people, wildlife and the environment,” said Nicole Whittington-Evans, director of Defenders of Wildlife’s Alaska Program.

Democrats in Congress are hoping to pass the $3.5 trillion reconciliation spending measure this autumn but moderates in the party, Senators Joe Manchin and Kyrsten Sinema, have protested the overall pricetag.