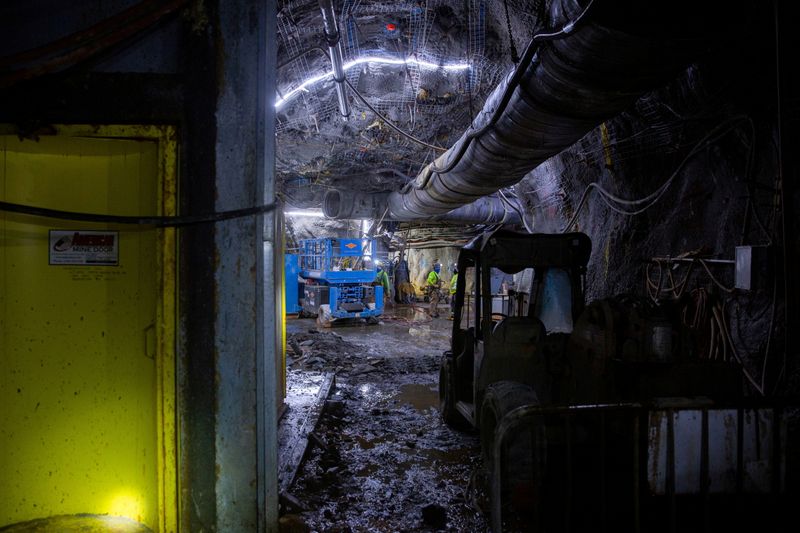 (Reuters) – A U.S. House of Representatives committee has voted to include language in a wider budget reconciliation package that would block Rio Tinto (NYSE:) Ltd from building its Resolution mine in Arizona.

The San Carlos Apache (NASDAQ:) tribe and other Native Americans say the mine would destroy sacred land https://www.reuters.com/article/usa-mining-resolution-idCNL1N2LO28S where they hold religious ceremonies. Elected officials in nearby Superior, Arizona, say the mine is crucial for the region’s economy.

The House Natural Resources Committee late on Thursday folded the Save Oak Flat Act into the $3.5 trillion reconciliation spending measure. The full House could reverse the move and the legislation https://www.reuters.com/world/us/us-senates-reconciliation-process-its-not-way-it-sounds-2021-08-10 faces an uncertain fate in the U.S. Senate,

If approved, the bill would reverse a 2014 decision by former President Barack Obama and Congress that set in motion a complex process https://www.reuters.com/article/usa-mining-resolution-idCNL1N2LO28S to give Rio federally-owned Arizona land that contains more than 40 billion pounds of copper in exchange for acreage that Rio owns nearby.

The final reconciliation budget is expected to include funding for solar, wind and other renewable energy projects that require immense volumes of copper. Electric vehicles use twice as much copper as those with internal combustion engines. The Resolution mine could fill about 25% of the demand for U.S. copper.

“This move seems contradictory to what the Biden administration is trying to do to address climate change,” said Besich. “I hope the full House does not allow that language to stay in the final bill.”

Representatives for the San Carlos Apache and BHP Group (NYSE:) Ltd, which is a minority investor in the project, could not immediately be reached for comment.