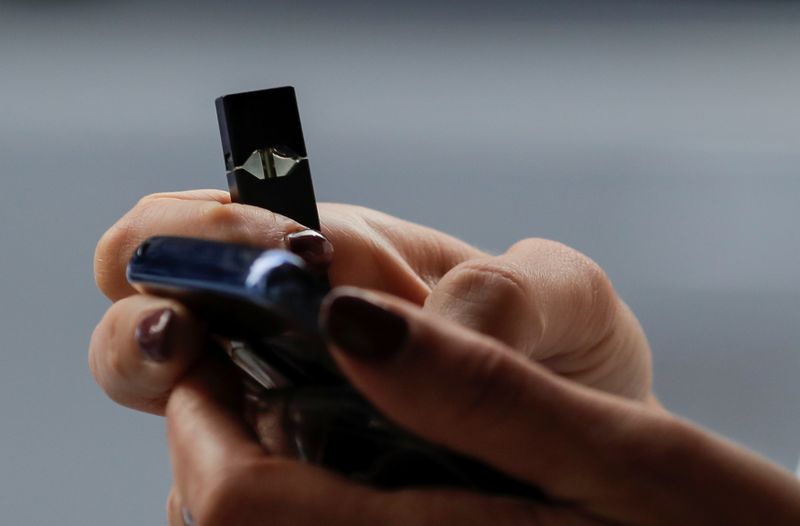 
(Reuters) – The U.S. Food and Drug Administration is expected to ask for more time before deciding whether e-cigarettes from market leader Juul Labs Inc can be sold in the United States, the Wall Street Journal reported https://www.wsj.com/articles/fda-to-seek-more-time-to-decide-fate-of-juul-11631196029?mod=latest_headlines on Thursday, citing people familiar with the matter.

Juul, along with other e-cigarette brands including British American Tobacco (NYSE:) Plc’s Vuse and Imperial Brands (OTC:) Plc’s Blu, had to meet a September 2020 deadline to file applications to the FDA showing that its products provided a net benefit to public health.

The agency had a year to judge whether each product was effective in getting smokers to quit and, if so, whether the benefits to smokers outweighed the health damage to new e-cigarette users – including teenagers – who never smoked.

The FDA and Juul did not immediately respond to Reuters’ requests for comment.

E-cigarettes have operated in a regulatory gray area for years. The products, which vaporize a nicotine-laced liquid, have been available in the United States since at least 2007, but the FDA did not formally get jurisdiction over the industry until May 2016.

During that time, Juul and dozens of competitors introduced products that were grandfathered into the market because they were already being sold before the regulation took effect.

A Reuters investigation in 2019 detailed how Juul’s developers used tobacco industry research and patents to formulate a smooth but potent blend of liquid nicotine that became a key factor in its popularity among teenagers. (https://reut.rs/3hgWDmI)

Facing a backlash from parents, teachers and regulators, including state attorneys general, Juul stopped selling its popular fruit- and mint-flavored nicotine pods in 2019, ahead of an FDA ban on such flavors in early 2020.

Coinbase Ventures, Samsung NEXT back Metrika’s $14M Series A By Cointelegraph

Bitcoin mining estimated to represent 0.9% of global carbon emissions in 2030 By Cointelegraph