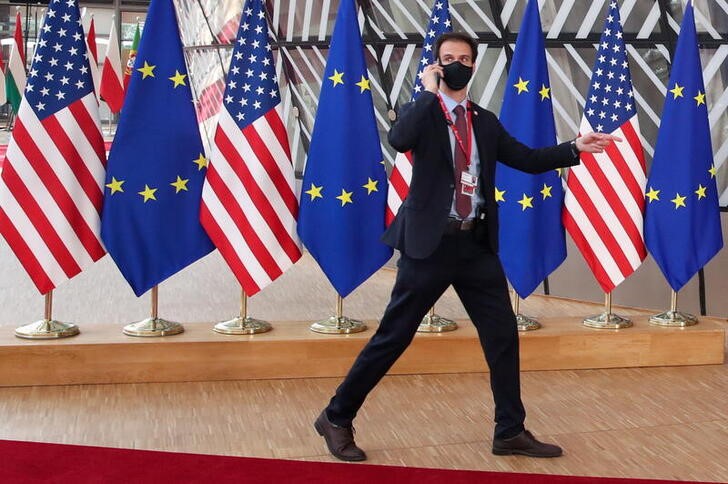 WASHINGTON (Reuters) – Top officials from the United States and European Union will meet in Pittsburgh, Pennsylvania on Sept. 29 for the inaugural meeting of the newly established U.S.-EU Trade and Technology Council (TTC), a White House spokesperson said on Thursday.

The council, announced at the U.S.-EU summit in June, aims to expand and deepen trade and investment ties between the United States and the EU, while working to update the rules of engagement for the 21st century economy, said National Security Council spokesperson Emily Horne.

“Building on our shared democratic values and economic relationship — the world’s largest — we look forward to working together to ensure trade and technology policies deliver for our people,” Horne said.

The United States and EU in June declared a truce in a 17-year trade war over state subsidies for U.S. planemaker Boeing (NYSE:) and European rival Airbus, citing the bigger threat emanating from China’s massive state subsidies to try to develop its own rival passenger aircraft.

The agreement reflected progress, but the underlying trade relationship between the two sides remains fragile and they remain at odds over Washington’s punitive tariffs related to steel and aluminum.

The city, once a key center of the U.S. steel industry, has reinvented itself as a hub for technology and cutting-edge industry through investments in its workers, while building ties with European partners.

She said both governments were committed to a “robust and ongoing engagement” with a range of parties to ensure that the cooperation resulted in broad-based growth in both economies.