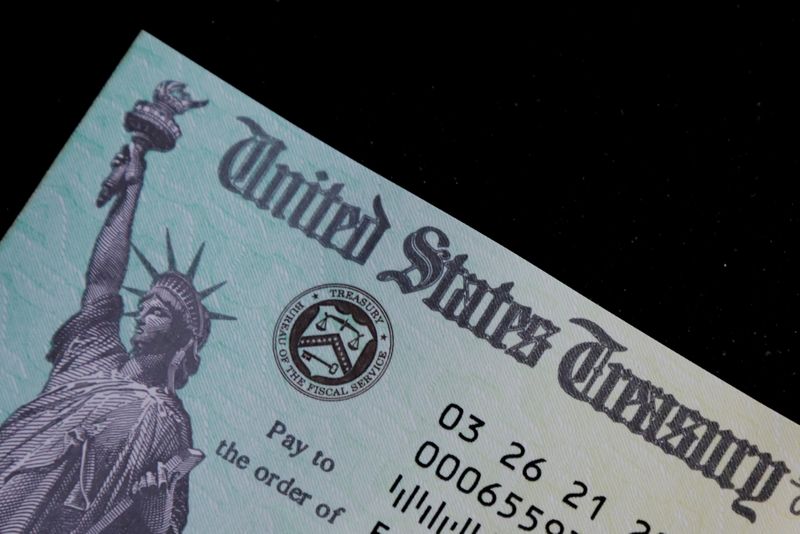 WASHINGTON (Reuters) – Democrats and Republicans will start what could become a monumental game of chicken this month over raising the limit on U.S. government borrowing, as Congress attempts to avert an historic debt default.

Leaders of the Democratic-led Senate and House of Representatives are expected to force votes to lift the $28.4 trillion debt limit in late September. The limit was technically breached on July 31 but is being circumvented by Treasury Department “extraordinary” steps.

Failure could lead to a potentially catastrophic default on debt repayment obligations or a temporary shutdown of some federal operations. A default would be unprecedented, but shutdowns have taken place three times in the past decade.

Adding to the pressure, Republicans aim to sit on the sidelines and let Democrats either take the heat for a default that could leave financial markets in chaos, among other things, or take full responsibility for raising what they call an out-of-control federal debt.

Democrats control 50 votes in the Senate, 10 shy of the 60 needed to advance most legislation, including a debt limit increase, thus requiring at least some Republican buy-in.

“Everybody has taken their stand and right now there’s no clear opening as to where the breakthrough is going to come from,” said Shai Akabas, director of economic policy at the Washington-based Bipartisan Policy Center think tank.

The refusal to negotiate has left U.S. politicians “stuck between a rock, a hard place and some third object that is yet to be determined,” Akabas said in an interview.

Senate Majority Leader Chuck Schumer, a Democrat, and Republican Leader Mitch McConnell laid out the contours of the September battle before setting off on a late-summer recess.

“I cannot believe Republicans will let us default,” Schumer told reporters. He noted that congressional Republicans routinely lifted the limit during Donald Trump’s years in the White House.

Democrats also point to the massive tax-cut bill skewed to the wealthy that Republicans enacted unilaterally in 2017, which by some estimates added over $1 trillion to the debt.

Senate Republican Leader Mitch McConnell, who in the past has voted for debt limit increases, has drawn a hard line.

Blasting Democrats’ expensive plan to broaden social services and address climate change, McConnell said, “If they want all this spending and debt to be their signature legacy, they should leap at the chance to own every bit of it” by finding a way to pass a debt limit without Republican votes.

That would be by shoving the debt limit increase into the $3.5 trillion reconciliation bill that Democrats hope to advance in the Senate under a maneuver that would allow it to pass with only Democratic votes.

That’s a step that Democrats do not want to take, but could be forced into. But it assumes that the huge bill will have enough support from the party’s moderates, who are balking at the price tag, to actually pass.

On many issues, deadlines drive Congress, and the “X Date” — when Treasury runs out of ways to finesse borrowing — is expected to occur sometime in October or November. This depends in part on the pace of U.S. economic growth and tax receipts.

Treasury might have a more precise estimate of the date around mid-September, when it gets a handle on third-quarter tax collections.

In the meantime, some lawmakers and outside experts still hold out hope for a negotiated settlement that could restructure the way the debt limit works to remove the constant threat of defaults, while also creating a mechanism for serious deficit-reduction.

That would require bipartisan cooperation at a time when Washington is increasingly polarized.

There is not much time for something so ambitious.