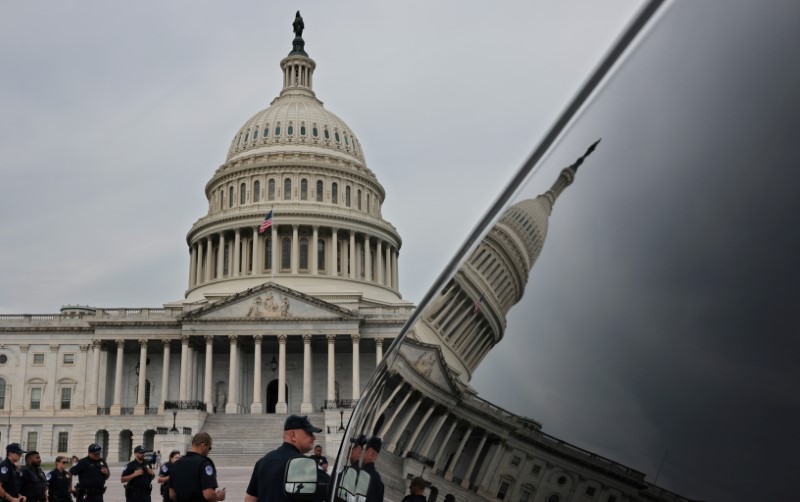 WASHINGTON (Reuters) – The U.S. Capitol Police on Wednesday said it is enacting strong security measures ahead of a Sept. 18 rally in which supporters of former President Donald Trump intend to show support for people arrested for participating in the deadly Jan. 6 attack on the Capitol.

“We have a robust security posture planned for September 18th,” the U.S. Capitol Police said in a statement. “All available staff will be working.”

Capitol Police Chief Tom Manger will provide a security briefing to top lawmakers on Monday, Sept. 13, a source familiar with the meeting said.

Citing an internal Capitol Police memo, CNN reported on Wednesday that law enforcement officials are bracing for potential clashes and unrest during the Sept. 18 rally, which is being planned by a right-wing group.