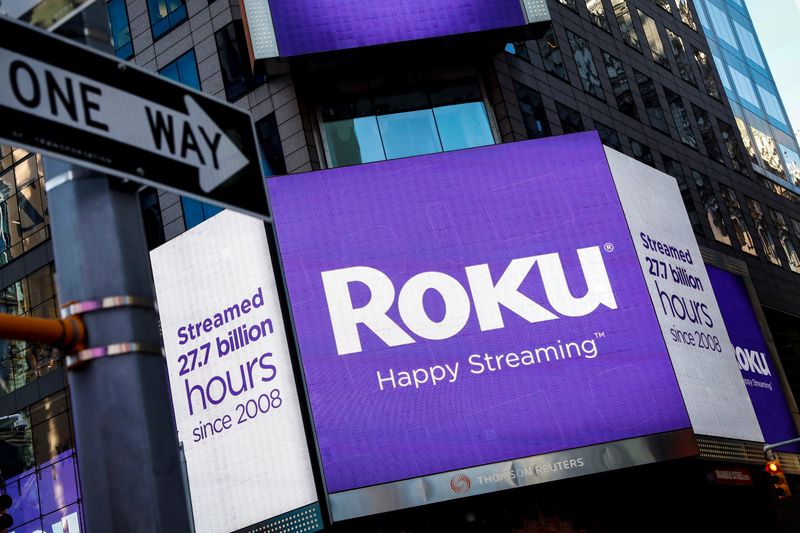 
BERLIN (Reuters) – Television aggregator Roku (NASDAQ:) Inc said on Monday it would launch its streaming players in Germany later this year, its second big European rollout, seeking to capitalize on a pandemic-driven shift towards watching more video on demand.

San Jose, California-based Roku started in 2008 by marketing streaming players before developing a proprietary operating system that, it says, offers a smooth and easy interface for choosing what to watch on TV.

In Germany, Roku would compete with rivals including the Amazon Fire TV stick and Google (NASDAQ:) Chromecast.

Building on its core U.S. franchise, Roku entered the UK market https://www.reuters.com/article/tech-ifa-roku-idCNL3N25Y038 two years ago as a software partner for smart TV maker Hisense, but is taking a different approach in Germany by going in first with its plug-in player.

“There is a very big secular shift to streaming – that’s a trend that was accelerated last year by the pandemic,” Arthur van Rest, the executive leading Roku’s international expansion, told Reuters in an interview.

Instead of passively consuming scheduled programming, viewers increasingly watch what they want, when they want to. “TV and the way that it’s being consumed are shifting dramatically – and we are right at the heart of that,” he added.

Roku’s focus on offering the best platform for viewing video on demand means, said van Rest, that it expects to displace existing smart TVs as the software installed by the manufacturer fails to keep pace.

At the same time, offering an attractive interface is interesting both for publishers and advertisers as they seek to tap in to a German market where nearly half of households already have one or more subscription video deals.

Details on pricing of its streaming players and its retail distribution partners will follow, Roku said. Roku charges 29.99 pounds ($41.48) a month for its streaming player in Britain, with users paying for subscription channels like Netflix on top.

As news of U.S. flights back to Haiti spreads, migrants fret about where to go By Reuters