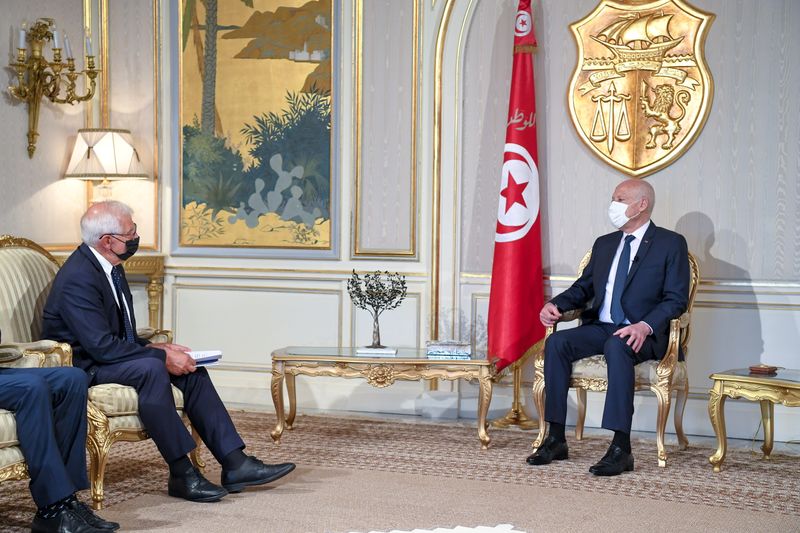 
TUNIS (Reuters) – Tunisian President Kais Saied on Friday said the country would not tolerate any foreign interference as he faces rising pressure from Western governments to restore constitutional order after seizing power in July.

“The sovereignty of the Tunisian state and the choices of its people were not discussed with international partners … and will not be the subject of negotiations with any party,” the president said in statement.

Saied, who was elected in 2019, on July 25 froze parliament, dismissed the prime minister and assumed executive authority. His Islamist opponents have labeled the sudden intervention a coup, but he has said the moves were necessary to save the country from collapse.

Ambassadors from the Group of Seven major economies this week also urged Saied to appoint a new head of government as a matter of urgency and return to a constitutional order in which an elected parliament plays a significant role.

More than six weeks after Saied’s move, he has still not appointed a new government or made any broader declaration of his long-term intentions.

Western democracies have been among the most important donors helping to support Tunisian public finances over the past decade as the economy has slumped since the 2011 revolution that introduced democracy.

Saied’s intervention has thrust Tunisia into a constitutional crisis, raising concerns over the future of the democratic system.

Saied said his intervention was in line with the constitution and necessitated by a national emergency due to political paralysis, high COVID-19 rates and protests. He has vowed that rights will not be affected.