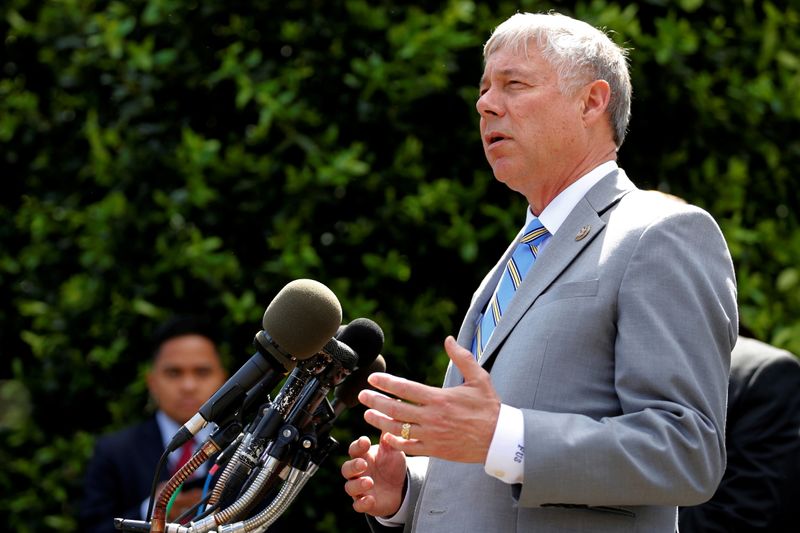 WASHINGTON (Reuters) – Former President Donald Trump on Tuesday endorsed Michigan state lawmaker Steve Carra’s bid to unseat U.S. Representative Fred Upton, his third endorsement of a challenger to a Republican who voted to impeach him on a charge of sparking the Capitol riot.

It was his second such endorsement in a week after throwing his weight behind a challenger to Republican U.S. Representative Jaime Herrera Beutler in Washington state, as his mixes his efforts to help Republicans win control of Congress in the November 2022 elections with a campaign to replace his Republican critics in Congress.

Upton was among 10 Republican lawmakers who joined House of Representatives Democrats in a January vote to impeach Trump on a charge of inciting insurrection in a fiery speech ahead of the deadly Jan. 6 assault on the Capitol by his supporters.

Upton was an early critic of Trump’s false claims that he lost the November presidential election due to widespread fraud.

Upton’s office did not immediately respond to a request for comment. But he said in January he was supporting impeachment to “send a clear message” that the country will not tolerate a president impeding the peaceful transfer of power.

The former president has also backed a Republican challenging Senator Lisa Murkowski of Alaska, who was among the seven Republicans in that chamber who voted with Democrats in a failed attempt to convict Trump.

Trump said in a statement that Upton’s impeachment vote was “on rigged up charges” and that Carra “is strong on Crime, Borders, and loves our Military.”

Upton has represented Michigan in Congress since 1987 and won re-election in 2020 with 56% of the vote. He has easily led the Republican field at campaign fundraising, ending June with over $600,000 in the bank.

Carra, whose campaign website describes him as “pro-Trump” and touts his opposition to COVID-19 business shutdowns, had just over $80,000, second to Upton among Republican candidates.

Satoshi Nakamoto statue goes up in Budapest By Cointelegraph