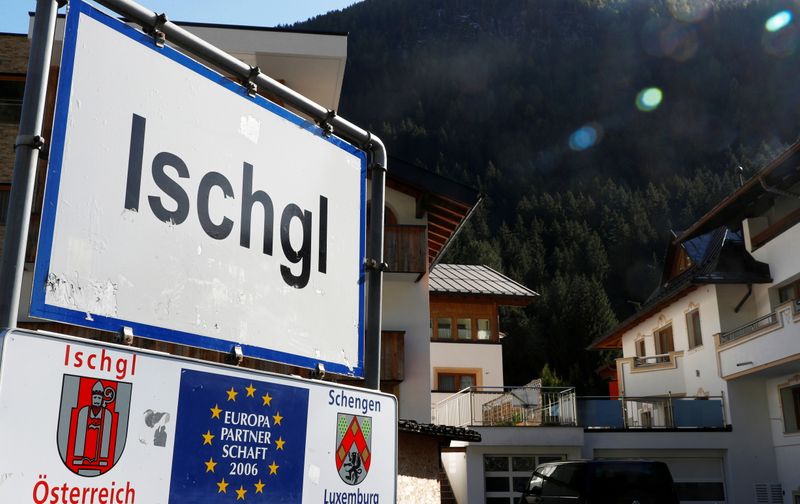 VIENNA (Reuters) – A trial opened in Vienna on Friday over an outbreak of the coronavirus at the ski resort of Ischgl in early 2020 in which Austrian authorities stand accused of responding too slowly, possibly due to pressure from the tourist sector.

The outbreak at Ischgl was Austria’s biggest and helped spread the virus across Europe.

Hundreds of Austrians were infected and thousands of foreign tourists say they were too as the virus found a breeding ground in crowded apres-ski bars at the resort, a party hotspot that branded itself the “Ibiza of the Alps”.

In the case, the first of more than a dozen civil lawsuits brought by a consumer rights group, the widow and son of a man who died after being exposed to the coronavirus in Ischgl are seeking 100,000 euros ($117,780) in damages from the Austrian government.

The private Consumer Protection Association (VSV), which has brought the case against the government, says authorities mishandled the response to the outbreak, possibly giving in to pressure from the tourism sector not to act initially.

The authorities in the province of Tyrol say they responded appropriately given what was known at the time.

Ischgl’s first case was detected on March 7, 2020, days after Iceland said that tourists had been infected there and 11 days after Austria’s first infections were confirmed.

Austria’s public health agency has since said it believes the virus arrived in Ischgl far earlier, on Feb. 5.