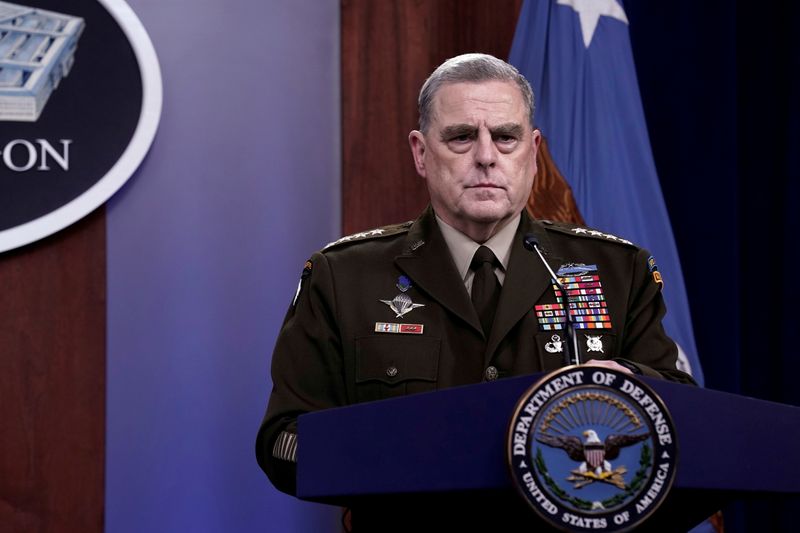 
WASHINGTON (Reuters) – The top U.S. general did not place secret calls to China that went around civilian government leaders, his office said on Wednesday.

The comments by a spokesman for General Mark Milley came a day after excerpts from a book by two Washington Post journalists alleged that he had secretly called his Chinese counterpart twice over concerns then-President Donald Trump could spark a war with China.

“All calls from the Chairman to his counterparts, including those reported, are staffed, coordinated and communicated with the Department of Defense and the interagency,” Colonel Dave Butler, a spokesman for Milley, said.

“General Milley continues to act and advise within his authority in the lawful tradition of civilian control of the military and his oath to the Constitution,” Butler added.

UAE to give conglomerate favourable treatment after local hiring pledge By...