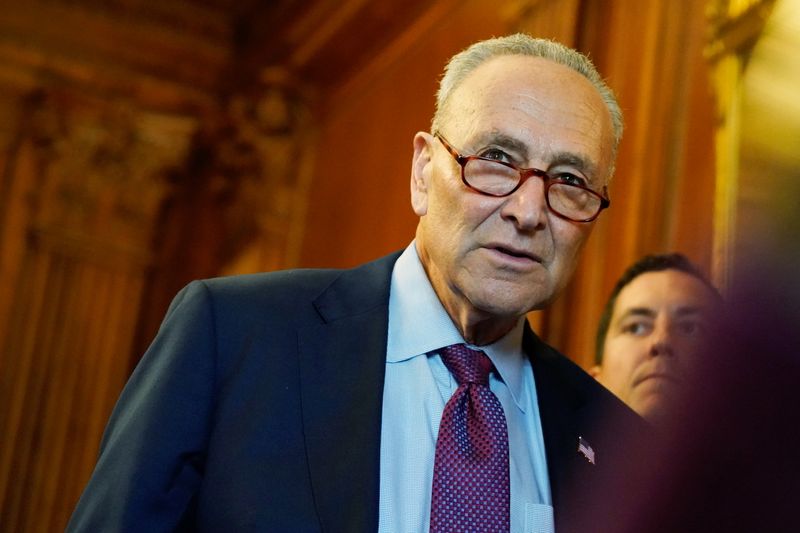 
WASHINGTON (Reuters) – U.S. Senate Majority Leader Chuck Schumer urged the business community on Tuesday to start weighing in with Republicans on the dangers of not raising the debt ceiling to avoid a government default or partial government shutdown.

“This is risky business and dangerous business” that Republicans are engaging in, Schumer, a Democrat, told reporters at the Capitol.

There are estimates that sometime in October the Treasury Department could run out of ways to borrow money to finance government debt unless Congress approves a new debt limit.

Senate Republican leader Mitch McConnell has repeatedly said Democrats should raise the debt ceiling on their own. On Tuesday, McConnell said: “Republicans are united in opposition to raising the debt ceiling, not because it doesn’t need to be done” but because he believes Democrats should include it in their $3.5 trillion infrastructure bill and pass it without Republican support.

Nevertheless, Senator Richard Shelby, the senior Republican on the Senate Appropriations Committee, expressed optimism to reporters on Tuesday that Congress would approve a debt ceiling increase in a timely manner, despite the opposition from many lawmakers in his party.

“I think ultimately we will, after stops and starts – we will pass a debt limit of some kind. Otherwise, the alternative is not good,” Shelby said.