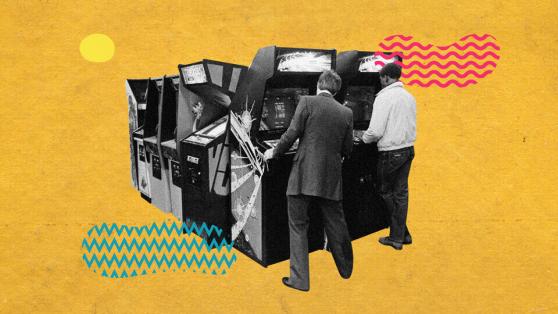 
The crypto space continues to expand, with new developments rolling out. First, it was cryptocurrencies and blockchain technology, then came smart contracts and dApps, which has led to the explosion of Decentralized Finance (DeFi).

Every sector of DeFi brings users to a new reality of what they can achieve on the blockchain, letting go of the traditional finance system. From exchanges to wallets, NFT’s, and blockchain gaming, all of these giant leaps have pushed the world closer to achieving the aim of DeFi. Gaming on the blockchain isn’t a new concept and more users are joining various platforms.

GameFi projects have tokens that players can buy to facilitate their performance in the game, or they can be traded like a financial asset on the blockchain. In addition, GameFi has deployed several mechanisms such as staking or collecting rare items from NFT’s to be sold in marketplaces.

As GameFi projects are becoming numerous, here are five you ought not to miss.

CryptoBlades is the first GameFi project on this list because of its utility in the play-to-earn sector. The blockchain game is available on Binance Smart Chain and was developed by Riveted Games, a game development company launched in 2014.

All that is required is a browser and its gameplay is easy to understand for users. CryptoBlades users have expressed delight in the simple approach and fast development of the project.

CryptoBlades is a unique system where users register, defeat their enemies to earn SKILL tokens and stake their gains. Furthermore, the yield farming approach of CryptoBlades is elite, giving users the perfect opportunity to earn a passive income from their in-game successes.

SKILL tokens add more functionality to the game, as users can level up their characters with them. The NFT marketplace is also powered by SKILL. CryptoBlades has created a strong gaming community around their project.

Axie Infinity probably needs no introduction as it has been one of the fastest-rising DeFi projects. Among GameFi projects, Axie Infinity has the most expensive collection of NFTs, mainly due to the size of its community. It is also the highest ranked GameFi project by marketcap. In June, NFT sales were up to $42 million. Released in July, it has an average of 250,000 daily players.

Axie is a decentralized play-to-earn game with users partially owning the system. Earned AXS tokens give users the right to participate in governance and contribute to the advancement of the game.

Game characters, Axies, all have different powers giving users infinite options in building the perfect team to win every battle. In addition, Axie Infinity introduced Land as a way to earn and make the game more interactive. LAND is used for farming rare tokens to build characters or to sell in the marketplace.

MOBOX is a GameFi project which has earned the hearts and ratings of many. Powered by its MOMO NFT, users make this unique NFT and can choose to trade it or use it to advance their characters.

The MOBOX platform creates perfect ways to earn by giving users the ideal opportunity to provide liquidity to Crates which helps them generate $KEY to unlock rare NFTs.

A $KEY unlocks a CHEST which further brings a MOMO. The NFT MOMO gives users access to participate in play-to-earn games on the platform. Another way of earning with the MOBOX platform is through the NFT lending feature. Users often describe MOBOX as a vast GameFi project.

CryptoZoon is a play-to-earn platform that stands out from the rest of the pack. Creating a growing and inclusive community has been the project’s goal, and this is becoming highly achievable because of the features in the platform. Inspired by the Pokemon story, users fight monsters while collecting NFTs in the process.

Users can play and earn from the platform in several ways. The most popular method is to fight YAKI monsters daily. Another way is to stake ZOANs to farm ZOON, traded or used to make purchases.

Lastly, users can earn by battling with other players in the Battleground. If CryptoZoon continues on its systematic rise it is undoubtedly headed for the top spot.

DungeonSwap is the first RPG game on the Binance Smart Chain. This platform has over $5 million in locked value, which points to the perfect financial aspect of the game. Users participate in their unique dungeon adventure while earning passive income.

The DND token is the native token of the platform, and it can be earned through yield farming on the platform and staking pools.

Users fight different monsters as they go deeper into the dungeon. To last longer, a user needs to fortify his character properly. When users provide liquidity to the $DND-$BUSD pool, they receive a “learn a magic spell” token. These SPELLS can be staked to earn more $DND tokens.

The creation of blockchain games and GameFi is perfect for the cryptoverse. Play-to-earn is the right mechanism to lead to more adoption. The NFT boom on Axie Infinity shows the possibilities that lie ahead for the sector. Blockchain gaming and NFTs will soon become the centre of DeFi should the growth continue at this pace. Aside from its sector, it further leads users new to DeFi to other cryptocurrencies and exchanges.