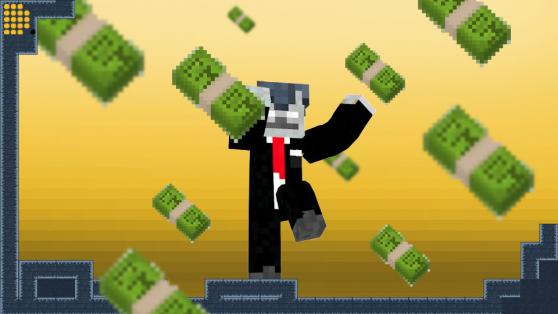 Minecraft with Crypto and Blockchain: The Perks of Playing Enjincraft


Welcome, dear reader! The crypto gaming imaginarium is a space with freedom of conscience and ideas. Of course, there are specific rules for how the blockchain works and how pre-existing games can benefit from it. On the other hand, cutting-edge technologies are hitting new highs every day, so it’s good to be a naïve dreamer sometimes in order to keep up with their fast pace.

If you read previous imaginarium articles on League of Legends, Fortnite, or others and thought, “it’s nothing more than dreaming” here is the example of Minecraft, where crypto is already implementable via Enjincraft, a plugin that allows your Minecraft server to adopt tokenized in-game items and crypto economy.

Minecraft is one such game which is perfectly suitable for blockchain. Just take a look: a resources system, craft mechanics, and player cooperation and teamplay. These are features which are already used in most crypto games but in a slightly different form: collecting, breeding, and marketplace economy. However, as Minecraft is more gameplay than economy oriented, blockchain can bring more interesting insights to the game.

In general, Minecraft is a sandbox video game with a blocky graphic style and millions of players worldwide. The two most popular game modes are creative and survival, both of which would stand to benefit from blockchain implementation. However, while the creative mode can turn Minecraft into Decentraland with an extremely vast craft system, survival is the genre we are still lacking in the blockchain gaming industry. or at least, I personally haven’t found any good survival games on blockchain so far.

Nevertheless, this feature is already implementable with Enjincraft, an official plugin by Enjin.

Enjin for a Game Engine

Enjin is a blockchain project with a more-than-ten-year history. Impressively enough, this means that it stood at the origin of crypto. The purpose of Enjin is to create SDKs (software developer kit) for other gaming studios, which can implement blockchain elements, or even the entire Enjin ecosystem into their projects.

Enjin Coin (ENJ) is the main crypto of the ecosystem. It’s an ERC-20 token based on the blockchain. This is the only payment token on the Enjin network. Furthermore, the project recently updated the network to the JumpNet Blockchain, which is faster, more secure, and completely eco-friendly! In addition, it brought smart contracts to the ecosystem. This means that the automatically executed, fraud-free transaction protocol is implementable to any game.

After the established partnership, developers can implement the e-commerce ecosystem, or tokenize the in-game items, which brings value to every single one. Moreover, this means true ownership of them for players.

For example, in any other game, if you buy anything, it stays inside the game. If the developers shut down the project, all the items will disappear, together with the game code. On the other hand, if those items are tokenized, they stay in your wallet forever, even though a game doesn’t exist anymore. In such a system, every in-game transaction should be confirmed via the Enjin wallet.

Enjincraft: How Does It Work?

Enjincraft is the mod plugin for Minecraft. If you own a server, you can install it and allow your players to use the Enjin ecosystem, which brings with it a lot of the perks and benefits that were mentioned above.

First of all, when entering an upgraded server, everyone needs to link their Enjin wallet. This brings up the first perk: players can exchange crypto right inside the game, just using the command terminal. This gives the possibility of in-game trading and bargaining. This feature is coded into the plugin natively, so the trades are done using smart contracts, which brings great security.

The upgrade also allows the integration of blockchain assets. It may be created by the Enjin team via “The Multiverse” package, as well as those from other games in the Enjin ecosystem. Thus, players holding exact assets in their wallets will obtain exact perks, which are defined by the game service admin.

As mentioned earlier, this is applicable to assets from other games on Enjin as well. For example, if you know the game where you can get some definite object easier than it would be in Minecraft, you can craft it there in parallel and immediately use it in Minecraft. Indeed, this is the gaming multiverse that the Enjin ecosystem is aiming for!

These blockchain assets can bring not only resources, but also in-game mechanics and abilities. If the server owner desires, they can programme throwing fireballs, or telekinesis for holding precise objects into the wallet. This brings almost endless room for creativity and creating game multiverses.

Minecraft is the kind of game where blockchain can show its best. Story driven games wouldn’t benefit from the technology as much as the creative sandbox genre, which pushes players to use all their imagination. Adoption of the blockchain provides possibilities of transforming the game’s universe into a multiverse within the Enjin ecosystem. This is definitely the future of gaming.