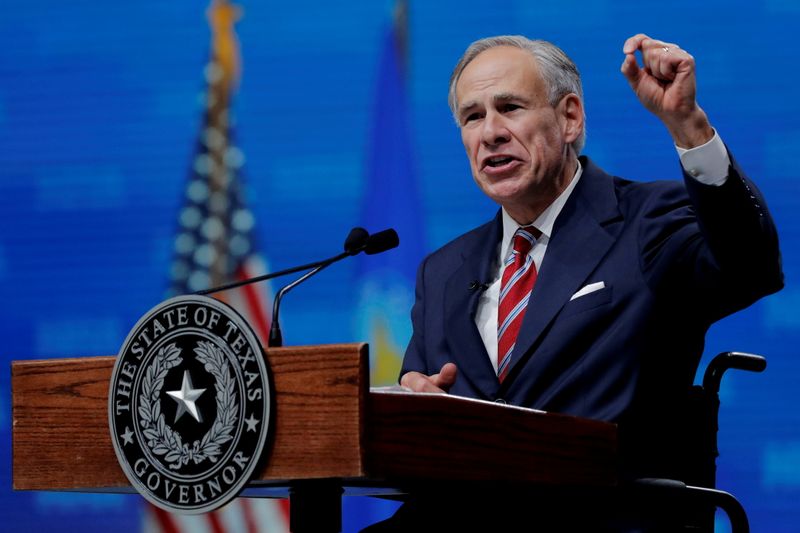 (Reuters) – Texas Governor Greg Abbott’s ban on COVID-19 vaccine mandates will likely be superseded by the Biden administration plan to require shots for workers, but the dueling rules could take months to sort out in court, creating uncertainty for employers with business in the state.

The Republican governor signed an executive order on Monday banning private employers and other entities from imposing COVID-19 vaccine mandates, which he said threatened an economic recovery by disrupting the workforce.Some large employers are betting that federal law and President Joe Biden’s vaccine mandates will trump Abbott’s executive order.

Southwest Airlines (NYSE:) Co and American Airlines (NASDAQ:), both based in Texas, said on Tuesday they would move ahead with plans to meet a Dec. 8 deadline for federal contractors to have their employees vaccinated.

“Companies recognize they have to comply with one or the other but not both, and the Texas order is more likely to be struck down than the federal order,” said Steve Cave, a King & Spalding attorney who specializes in government contracts.

The supremacy clause of the U.S. Constitution prohibits states from interfering with valid federal laws.

Abbott’s order states that “no entity in Texas” can compel proof of vaccination by any individual, including employees or customers. Failure to comply could result in a fine of $1,000, although Abbott did not say how the order would be enforced.

Biden’s administration announced on Sept. 9 a plan that will require about 100 million American workers to get vaccinated or submit to weekly testing. Many of the plans have yet to be detailed and do not yet have the force of law.

Biden, a Democrat, issued the mandate as his administration struggled to control the pandemic, which has killed more than 700,000 Americans. Critics of mandates view them as unconstitutional and authoritarian, but proponents see them as necessary to pull the country out of the nearly two-year pandemic and return to normalcy.

Businesses could choose to test Abbott’s order by imposing mandates and then, if fined, challenging the fine in court.

Companies would likely argue they were complying with Biden’s mandate, and legal precedents support federal law taking precedence over state law when they conflict, experts aid.

“This is going to turn into a fight about who has supremacy over the other and there’s a game of chicken between Governor Abbott and the Biden administration,” Cave said.

‘HAVING TO THREAD THE NEEDLE’

Florida offers an example of how it might play out.

Norwegian Cruise Line (NYSE:) Holdings Ltd in August won a court battle over a Florida law forbidding it from requiring customers to show proof of vaccination, which the cruise line said it had to do to comply with federal health regulations. The judge called the company’s argument “compelling.”

Employers could face hurdles, however, in the Texas case.

The biggest part of Biden’s vaccination plan relies on emergency workplace safety rules that will soon be issued by the Occupational Safety and Health Administration (OSHA).

Once those rules are written, 24 state attorneys general have pledged to fight them.

Some legal experts suggested the OSHA rule could be blocked if challengers can show the government cannot prove there is a national “grave danger” as required by law.

If OSHA’s rule is tied up in court or determined to be invalid, it could make it harder to claim federal law should pre-empt Abbott’s order.

Given the uncertainty, businesses could try to comply with both orders.

Kevin Troutman, an attorney in the Houston office of Fisher Phillips, which represents employers, said businesses could allow employees to opt out of vaccines if they submit to weekly testing, which the Biden administration has said could be an alternative to vaccination.

“It could make the option of testing something more employers want to consider and implement more widely,” he said. “It requires more planning and attention and it creates more headaches.”

Brian Dean Abramson, a specialist and author on vaccine law, questioned if Texas would actually enforce the mandate ban by going after employers. But he said the threat was probably enough for most businesses to take action.

“The employer will be in a position of having to thread the needle of establishing a vaccine policy that doesn’t run afoul of what Abbott requires and run afoul of what the Biden administration is requiring,” he said. “But ultimately federal law will be supreme.”