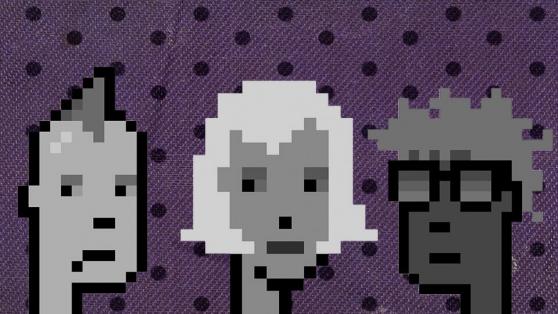 Such a Justin Sun Move: Tpunks


Digital ownership is the selling point of the NFT market. As the first NFTs, Crypto Punks are the epitome of a new form of digital wealth and a cultural symbol of belonging. Visa’s Crypto Punk purchase reinforced their status and spin-offs like Tron Punks or Avalanche Punks gained more mainstream attention. Justin Sun, the founder of the TRON Network, purchased a Tpunk of himself for an estimate of $10.5 million.

Product, price, placement, and promotion are factors that determine the success of any new business, and Justin Sun knows that all too well. Viewed in the industry with skepticism due to his social media antics, TRON Network’s founder managed to drive TRON’s exposure far from Ethereum’s shadow.

Meme coins, NFTs, and DeFi are all investments Sun made, even claiming he’s invested in based meme coins. Dappradar named him one of the “youngest successful crypto entrepreneurs” as his presence in the crypto space is somewhat infectious. For example, Justin Sun was the under-bidder for Beelpe’s $69 million “Everydays” artwork, yet he managed to purchase Beeple’s “Ocean Frost” for $6 million. In addition, he purchased physical artworks from Picasso and Warhol for $22 million before investing the equivalent of $10.5 million in TPunk #3442.

In a Twitter (NYSE:) message to Dailycoin, Tpunks said TRON avatars gathered audience attention even before Sun made the record-breaking purchase. Sales of “$620,000 and $110,000 for ape” were registered, increasing TRON community support as they were the “first TRC721 NFT.” Moreover, the message notes Justin interacted with Tpunks for over a month before “finally entering in the game.”

Sun donated Tpunk #3442 to the APENFT fund, a fund he set up as a means to showcase precious artworks. According to a Tweet, APENFT signed a partnership with Tpunks to “expand Tpunks’s presence across various platforms.” As a follow-up, APENFT and Tpunks announced the sale of 50 Tpunk avatars on the Binance NFT Marketplace.

Tpunks creators stated that among the 10,000 unique avatars, there are 2,000 which, according to the team, are “hype as f***,” and include apes, aliens, rare multi-attribute avatars, and iterations of TRON Network founder Justin Sun, which seem to be the rarest and most sought after.

A press release distributed by Intrado GlobeNewswire notes Tpunks is “Owned by Justin Sun” and has “a huge community support from Tron OGs,” however Tpunks’ official page and a direct message from the owners discredits the connection.

Tpunks’ growth is not only attributed to Justin Sun’s involvement, although it did help place Tpunks on the NFT map. A Dappradar 7-day analysis shows Tpunks’ total volume reached $15.5 million and users transacted more than 3,000 units. In addition, affiliations and endorsements from influential personalities such as Justin Sun, helps Tpunks’ long game, strengthening their place in the NFT space.

Although Tpunks are not the original Crypto Punks, their place in the NFT space cannot be contested. Firstly, the TRC-721 protocol standard is cheaper to mint, increasing exposure to new types of investors. Crypto Punks’ exorbitant price floors force investors to seek alternative speculative investment opportunities. As the first NFT on the Tron Blockchain, Tpunks hold similar value for TRON OG’s that want to participate in the digital social phenomenon.

There is fierce competition between smart contract platforms and Etheruem continues to hold the upper hand, despite some platforms offering scalable, affordable solutions. The success of Tpunks is an indication that there are users that prefer other smart contract ecosystems, yet trends are still established and copied from Ethereum.

UK set for most widespread pay rises in over a decade