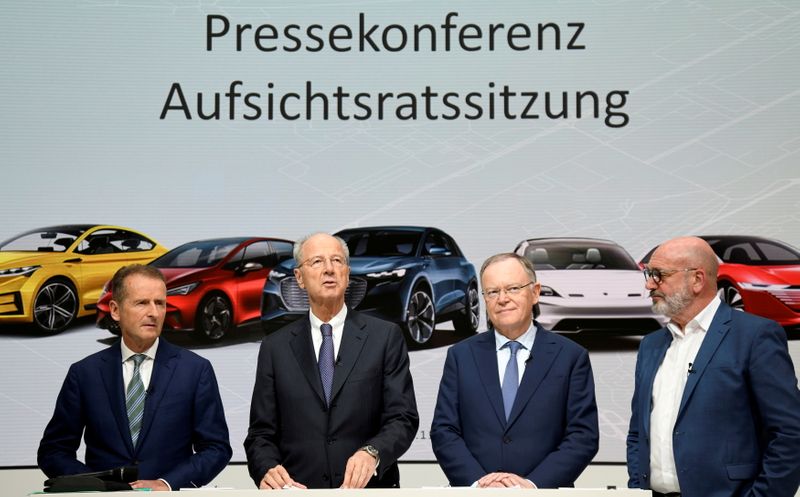 
MUNICH (Reuters) – Volkswagen (DE:) may have to stump up a bigger bill to fund its current transformation, the group’s supervisory board chairman said, pointing to the carmaker’s ambitious shift towards autonomous driving.

“We are in a phase where substantial free cash flows are being generated. That means we can pay out good dividends as well as comfortably fund our business going forward,” Hans Dieter Poetsch told Reuters at the IAA (NYSE:) Munich car show.

“But of course we are in an environment in which we cannot rule out that larger sums, for example in the field of autonomous driving, have to be invested,” said Poetsch, who also serves as chief executive of Porsche SE, Volkswagen’s largest shareholder.

“It is therefore recommendable to think one or two steps ahead,” Poetsch added, without specifying further.

Poetsch declined to comment on a potential initial public offering of luxury division Porsche AG, which sources told Reuters in May is a scenario the world’s second-largest carmaker examines should it require more money to pay for its strategy.

“From today’s point of view our financial situation is relatively comfortable. And as part of our planning rounds, which we are holding each year, we are regularly reviewing where there is a need.”