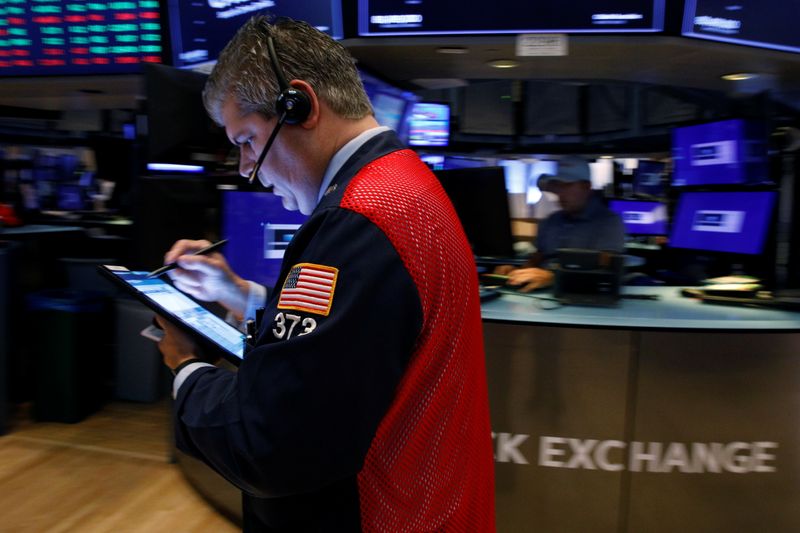 The also advanced, but the Index ended lower.

Investors favored value over growth, with stocks set to benefit most from a resurging economy enjoying the biggest percentage gains.

“There are probably not a lot of positive surprises coming this month,” said Liz Young, head of investment strategy at SoFi in New York. “We’re having another period of volatility where I think that rotation could go back to cyclicals and the reopened trade, as the 10-year bond rate slowly grinds higher through the end of the year.”

Market participants are focused on the likely passage of U.S. President Joe Biden’s $3.5 trillion budget package, which is expected to include a proposed corporate tax rate hike to 26.5% from 21%.

Goldman Sachs (NYSE:) analysts see the corporate tax rate increasing to 25% and the passage of about half of a proposed increase to tax rates on foreign income, which they estimate would reduce S&P 500 earnings by 5% in 2022.

The Labor Department is due to release its consumer price index data on Tuesday, which could shed further light on the current inflation wave and whether it is as transitory as the Fed insists.

“I don’t see inflation settling back down under 2% where it was pre-pandemic,” Young added. “Even if some of those transitory forces weaken, we will still stay at a higher rate than we were before.”

Other key indicators due this week include retail sales and consumer sentiment, which could illuminate how much the demand boom driven by economic re-engagement has been dampened by the highly contagious COVID-19 Delta variant.

Of the 11 major sectors in the S&P 500, healthcare suffered the largest percentage loss, while energy, buoyed by rising crude prices was the biggest gainer.

Advancing issues outnumbered declining ones on the NYSE by a 1.60-to-1 ratio; on Nasdaq, a 1.02-to-1 ratio favored advancers.

Volume on U.S. exchanges was 10.30 billion shares, compared with the 9.29 billion average over the last 20 trading days.