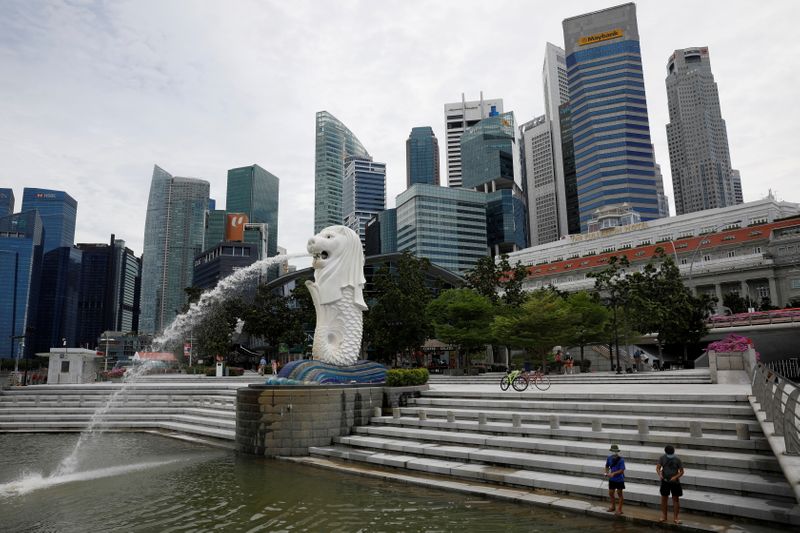 SINGAPORE (Reuters) – Singapore moved to attract high-growth local and overseas companies to raise capital on Singapore Exchange (OTC:) and broaden the city-state’s appeal as a financing hub on Friday with a package of funding and incentivising measures.

With a small base of retail investors in a city of 5.7 million people, SGX has struggled to capture big regional initial public offerings (IPOs). It has also seen a wave of delistings, although it remains a global fundraising venue for real estate investment trusts.

Singapore’s ministry of trade and industry said that the government and state investor Temasek will set up a co-investment fund to invest in late-stage private funding and IPOs of high-growth firms, to anchor their listings in Singapore.

With a first tranche of S$1.5 billion ($1.1 billion) of capital, the fund will be managed on a commercial basis by 65 Equity Partners, a new fully-owned Temasek investment platform.

EDBI, the investment arm of the Singapore Economic Development Board, will also establish a new ‘Growth IPO Fund’ to invest in later-stage companies, typically at two or more funding rounds away from a public listing.

Starting with a fund size of up to S$500 million, EDBI will partner with companies to grow their operations in Singapore, with a view towards a listing on SGX.

Friday’s proposals were jointly announced by the trade and industry ministry, EDBI, Temasek, the Monetary Authority of Singapore and SGX.

The Monetary Authority of Singapore, its central bank and integrated financial regulator, said it will enhance its grants that support equity listings in the financial hub.

The regulator will also increase the co-funding of listing expenses for all companies and step up grants to hire equity research analysts to boost coverage of local-listed firms.