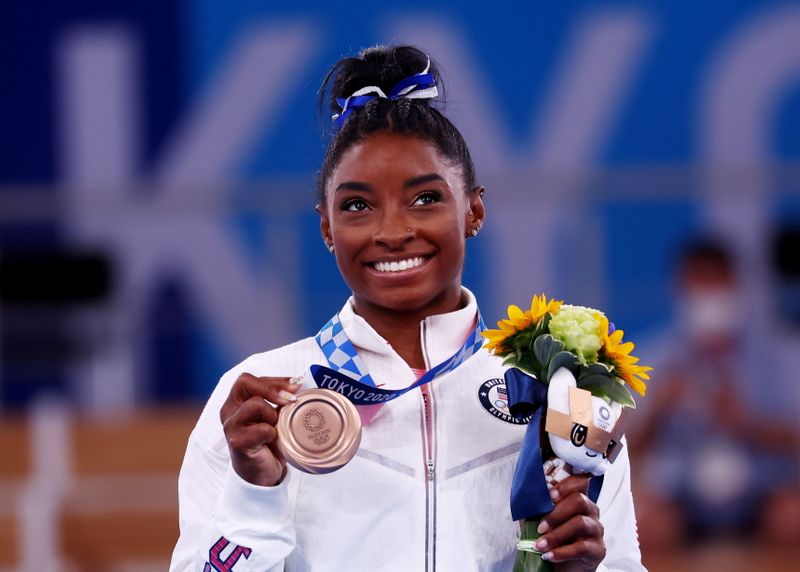 WASHINGTON (Reuters) -Olympic champion Simone Biles will be one of several renowned gymnasts who will testify before a U.S. Senate panel this week, as it explores how the FBI botched its investigation into disgraced former USA Gymnastics doctor Larry Nassar, the Senate Judiciary Committee said on Monday.

Along with Biles, other renowned gymnasts who will appear before the panel include McKayla Maroney, Maggie Nichols, and Aly Raisman.

All four of the women are among the hundreds of Nassar’s victims who were sexually abused by him during what he claimed were routine medical exams.

Wednesday’s hearing, which begins at 10 AM ET, comes after Justice Department Inspector General Michael Horowitz in July issued a scathing 119-page report https://www.reuters.com/world/us/us-justice-watchdog-release-report-into-fbi-probe-ex-usa-gymnastics-doctor-2021-07-14 which said the FBI’s field office in Indianapolis “failed to respond to the Nassar allegations with the utmost seriousness and urgency that they deserved and required.”

The probe began in 2015, and the numerous missteps included waiting five weeks to conduct a phone interview with one of the victim athletes that September, the report found, and failing to interview other victims altogether.

The numerous errors, the report concluded, allowed the sexual abuse to continue for months.

Horowitz is also slated to testify about the report’s findings on Wednesday, along with FBI Director Chris Wray.