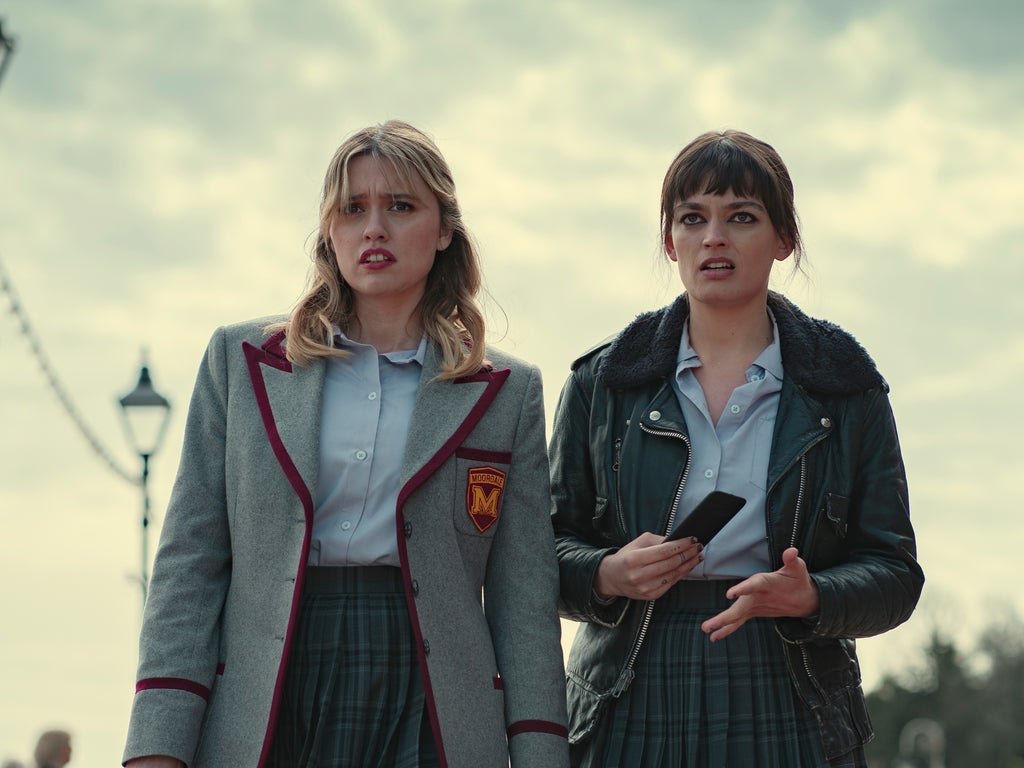 The nights are drawing in, the leaves are turning and the kids in Sex Education are back on TV and banging like champs. This beloved festival of frottage has, in its short life, become a byword for sex positivity, not to say a valuable stand-in for learning institutions reluctant to tackle the variously joyous and mortifying aspects of teenage sexual adventure. Thus, the third season, much-delayed because of the pandemic, opens with an uproarious montage of frantic encounters – solo sex, sex à deux, sex in cars, in alien-themed bedrooms, on a drum stool and in VR – all to a soundtrack of The Rubinoo’s cover of “I Think We’re Alone Now”.

Otis (Asa Butterfield) is still quietly mooning over Maeve (Emma Mackey), their money-spinning sex clinic having long ago shut up shop. More surprisingly, he has found distraction in Ruby (Mimi Keene), Moordale High’s reigning queen bee who insists they keep their relationship under wraps lest he damage her cred at school. Meanwhile, Eric (Ncuti Gatwa) and ex-bully Adam (Connor Swindells, currently featuring in the BBC submarine thriller Vigil) are making progress as a couple, even though, for Adam, belligerent habits die hard.

It’s only to be expected that the series is now less focused on the lives of Otis and Eric. Instead, it has blossomed into an ensemble piece, with plot strands developing around the non-binary Cal (Dua Saleh); Maeve’s burgeoning romance with her caravan park neighbour, Isaac (George Robinson); and Aimee’s struggles to deal with her sexual assault, which has led to her adopting an emotional support goat.

Among the adults, there is the now-pregnant Jean (Gillian Anderson) and her struggles to find equilibrium with the baby’s father; the slow disintegration of Adam’s father’s marriage and livelihood; and the arrival of a new headteacher, Hope (Girls’ Jemima Kirke), whose offbeat dance and on-point lipstick in the first assembly belies a deeper and potentially damaging conservatism. Though the writers sometimes strain to keep all these plates spinning, it’s heartening to see the series broadening its vision. Out of the newbies, Hope’s arrival has the greatest impact, her introduction of school uniform and an overhauled SRE syllabus promoting not safety and consent but abstinence and shame causing mutiny in the ranks.

Like so many youth dramas, Sex Education still deals in teen stereotypes – the mean girl, the kook, the rebel outcast and the gay best friend are tropes that go back decades. The difference here is that the so-called supporting cast members get to take turns in the spotlight and are allowed to be three-dimensional. Viewers are also required to overlook the fact that several of the school-age protagonists are, in real life, just a few years shy of 30 – but no matter. In its third outing, the series remains cringingly honest and engagingly heartfelt, with just the right amount of pathos and the occasional outrageous sight gag.

I won’t reveal what transpires during a student trip to France but, safe to say, if you thought Murray Bartlett’s hotel manager crapping in a guest’s suitcase in The White Lotus was the greatest scatological set-piece this year, you ain’t seen nothing yet.

As the new series of Sex Education drops, the 10 emotional stages of binging a new box set