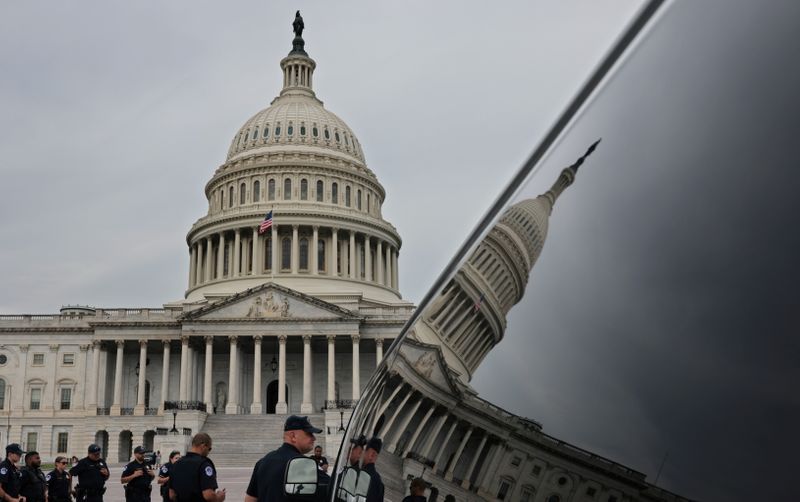 
WASHINGTON (Reuters) – A tall fence will be erected around the U.S. Capitol in preparation for a Sept. 18 rally by a potentially large crowd of demonstrators supporting those who were arrested in connection with the Jan. 6 attack, according to a source familiar with the plan.

The high-security fence, first erected in response to the Jan. 6 violence by supporters of former President Donald Trump, will return just two months after it was taken down.

More than 600 people have been arrested so far for participating in the Jan. 6 attack on the U.S. Capitol building that is home to the U.S. Senate and House of Representatives.

The violent mob that stormed the Capitol was attempting to stop Congress’ formal certification of Democrat Joe Biden as winner of last November’s presidential election in which Republican Trump was defeated.

On Wednesday, the U.S. Capitol Police said in a statement that a “robust security posture” is planned for the upcoming “Justice for J6” rally. It will include a beefed up police presence, according to the statement.

The source did not know whether National Guard troops also would be deployed. A large contingent of troops — around 20,000 — was sent to the Capitol complex on Jan. 6 after local law enforcement was overwhelmed by the protesters.

Four people died on the day of the violence, one shot to death by police and the other three of natural causes. A Capitol Police officer who had been attacked by protesters died the following day. Four police officers who took part in the defense of the Capitol later took their own lives.