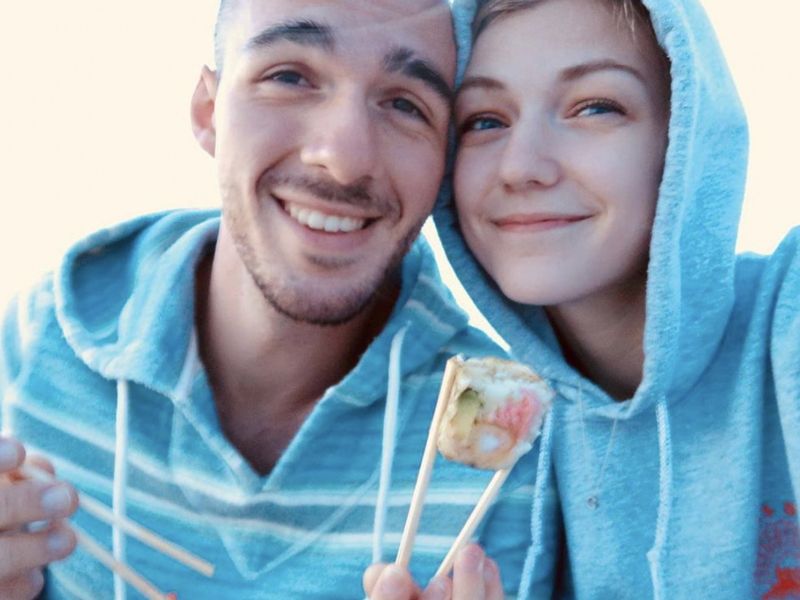 © Reuters. FILE PHOTO: Gabrielle Petito, 22, who was reported missing on Sept. 11, 2021 after traveling with her boyfriend around the country in a van and never returned home, poses for a photo with Brian Laundrie in this undated handout photo. North Port/Florida P

(Reuters) – The exhaustive search for slain travel blogger Gabby Petito’s fiance in a vast Florida wilderness entered a sixth day on Thursday as the mystery deepened around a case that has engrossed Americans.

A team of divers joined police and FBI agents using boats and helicopters looking for Brian Laundrie, 23, in the alligator-infested Carlton Reserve on Wednesday, but a spokesman said at nightfall that they had found “nothing” to show for their efforts.

Authorities have not said why they are convinced Laundrie, whom police call a “person of interest” in the case, may still be somewhere inside the more than 24,000-acre (9,700-hectare) wilderness preserve near his home in North Port, Florida, more than a week after he told family members he was headed there to hike alone.

North Port police say Laundrie’s parents did not report him missing until Sept. 14, three days after the family last saw him. The Carlton Reserve has more than 80 miles (128 km) of hiking trails but is dominated by swampy water.

Many Americans have closely followed the case since Petito, 22, was reported missing on Sept. 11. Ten days earlier, Laundrie had returned home to North Port without her from a cross-country road trip the couple chronicled in social media posts.

Petito’s body was discovered on Sunday in a remote corner of the Bridger-Teton National Forest in western Wyoming, less than 1,000 feet (300 m) from where, on the evening of Aug. 27, another pair of travel bloggers caught video images of the couple’s white Ford Transit parked on a dirt road.

In identifying her remains, Teton County medical examiners ruled Petito’s death a homicide, but did not make the cause of her death public.

‘NO SERVICE IN YOSEMITE’

Petito and Laundrie left her home state of New York in July, heading west on what they called a “van life” trip. They posted photos to social media as they traveled through Kansas, Colorado and Utah.

Witnesses last saw Petito on Aug. 24 as she left a Salt Lake City hotel. She posted her final photo the next day.

Petito’s family believes she was headed to Grand Teton National Park when they last heard from her. Her body was found at the edge of that park near the Spread River.

Investigators searched the Laundrie family home in North Port last week and were seen loading cardboard boxes into a van and towing away a silver Ford Mustang.

The final text from Petito’s phone came on Aug. 30 and read only: “No service in Yosemite,” a national park in California that she and Laundrie are not believed to have visited during their trip.

On Aug. 12, a 911 caller reported to emergency dispatchers that Laundrie was slapping and hitting Petito in front of the Moonflower Community Cooperative in Moab, Utah.

Moab police pulled the couple over in their van on a highway near Arches National Park. Body camera footage of that encounter shows Petito sobbing as she describes a fight between the couple that she said escalated into her slapping Laundrie as he drove the van.

The officers did not detain Petito or Laundrie but told them to spend the night apart.

Online retail is expected to surpass $1 trillion in 2022