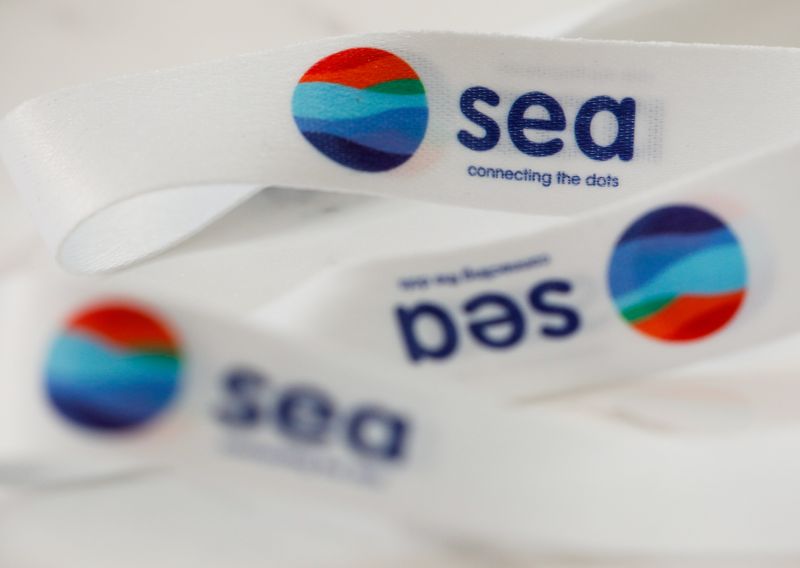 
By Scott Murdoch and Anshuman Daga

This is the second major fund raising in less than a year for the $185 billion company, which is seeking to scale up its global expansion https://www.reuters.com/business/retail-consumer/seas-shopee-debut-europe-with-poland-launch-sources-2021-09-07 by testing out possible new markets, and the latest among a slew of deals in Southeast Asia.

Sea, known for its Shopee e-commerce platform, is looking to sell 11 million American Depository Receipts with the option to offer 1.65 million more as part of a so called greenshoe option, the Singapore-headquartered company said in a regulatory filing on Thursday.

It is also raising $2.5 billion in a convertible bond that has a $375 million greenshoe attached. At Sea’s closing stock price of $343.8 in New York on Wednesday, the share sale could raise up to $3.8 billion.

The combined deal would be the largest ever capital raising for a Southeast Asian company, according to Refinitiv data.

Sea is “not really burning through cash”, Aequitas Research director Sumeet Singh said, adding the latest raising “looks opportunistic rather than something that the company needs.”

Given Sea had nearly $7 billion of cash on its balance sheet at the end of first half, this deal will bolster that to nearly $13 billion, Singh, who publishes on Smartkarma, told Reuters.

Sea, the biggest among all Southeast Asian companies by market value, plans to use the proceeds for general corporate purposes, including strategic investments and acquisitions.

Fintech and e-commerce companies in Southeast Asia have been raising hefty amounts of capital https://www.reuters.com/world/the-great-reboot/southeast-asia-tech-dealmaking-booms-investors-place-post-covid-bets-2021-08-27 as global investors bet on post-pandemic technology plays emerging in the region.

Sea Shares have risen 72.72% this year, after an almost five-fold jump in 2020 amid strong demand as COVID-19-related restrictions forced people indoors.

So far in 2021, companies have raised a total of $15.67 billion in equity capital markets in Southeast Asia – the most in three years, Refinitiv data shows – versus $11.8 billion over the corresponding period in 2020.

Among other deals, Southeast Asia’s biggest ride-hailing and delivery firm Grab raised over $4 billion https://www.reuters.com/article/grab-strategy-idCNL4N2MK1MY this year as part of its nearly $40 billion record valuation in a SPAC deal, while sources say Indonesia’s biggest tech group Goto is set to complete a pre-IPO funding exercise this year. https://www.reuters.com/technology/indonesias-goto-set-wrap-up-2-bln-funding-round-eyes-ipo-2022-sources-2021-08-19