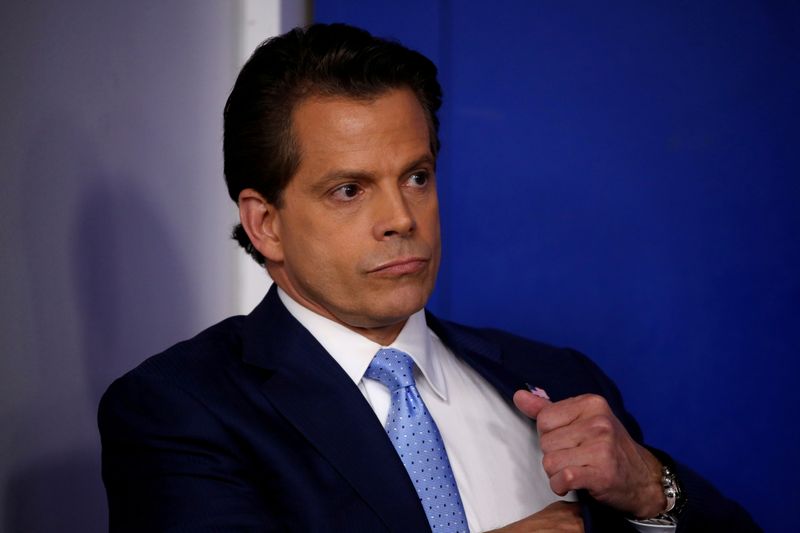 BOSTON (Reuters) – A marquee Wall Street conference returns this week, but much like everyone’s pandemic-era plans, the event hosted by hedge fund executive and former White House communications director Anthony Scaramucci, will be a little different this year.

The SALT event, one of the premier hedge fund industry conferences, kicks off Sunday at the Jacob K. Javits Convention Center in New York, rather than the Bellagio Hotel in Las Vegas where organizers hosted the event 10 times before.

The annual conference in Las Vegas was famous for pool parties, private rock concerts, and exclusive dinners as managers tried to get commitments for big checks from pension funds or other institutional investors.

The Delta variant — a more infectious version of the original coronavirus — will force changes at this year’s event in New York where roughly 3,000 signed up after Scaramucci sent “save the dates” a few months ago.

“Our goal has always been to empower big, important ideas and foster a community to address shared challenges,” Scaramucci told Reuters. “We’re also bringing SALT to NYC for the first time to help spur revitalization efforts in the city, and want to demonstrate leadership by returning to some semblance of normalcy while maintaining a safe environment for our attendees.”

The founder of SkyBridge Capital became a celebrity beyond Wall Street circles a few years ago, when his 11-day stint as former President Donald Trump’s communications director ended due to his heavily publicized criticism of other administration officials.

While the virus has tightened restrictions for travel and events, and many of SALT’s international guests will be absent, 2,300 still plan to attend in person, the organizers said, noting all attendees must be vaccinated.

“There will be a mood of reserved optimism, but the conference won’t have the same flash that it did in Vegas,” said one person who plans to attend but asked not to be identified for fear of alienating organizers and business associates.

Since its founding in 2009, the SALT conference has been a who’s who of Wall Street fund managers, bankers, brokers, government officials and celebrities, including top athletes and former heads of state. Nearly every year they jetted to Vegas, often on private planes.

After the pandemic scuttled in-person conferences in 2020, Scaramucci was determined to bring his event back in style.

The agenda is studded with panels on cryptocurrency trading, post pandemic best ideas and geopolitics.

There are some ironies.

The Javits Center was a mass vaccination site for people in the New York City area from March until July, with medical staff administering more than 600,000 shots. It typically hosts mega-events like the New York International Auto Show.

In the past, SALT boasted performances by top-tier bands like Maroon 5 and Train. This year’s musical act is The Chainsmokers, noted for performing at an event in the Hamptons where coronavirus spread.

One speaker will be Scaramucci’s former White House boss, General John F. Kelly, who fired him. The two now have a close relationship.

The backdrop has not dampened enthusiasm from some hedge fund managers who are eager to meet investors, talk to rivals and generally have what they expect will be a fun time.

“I’m glad they are doing it,” said Jason Mudrick, founder of Mudrick Capital Management, adding “It is a step in the right direction. We have to get back to things as normally as possible.”