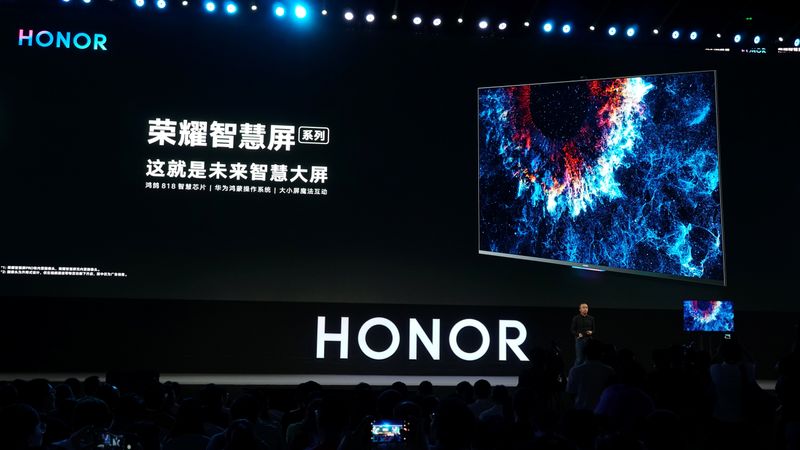 WASHINGTON (Reuters) – Republican Senators led by Marco Rubio on Thursday called on the Biden administration to blacklist Honor, a former unit of embattled Chinese telecoms giant Huawei, describing the firm as a threat to national security.

In a letter dated Thursday Oct. 14 seen by Reuters, Rubio described Honor as essentially an “arm” of the Chinese government with newly unfettered access the same prized U.S. technology currently denied to Huawei. The letter adds their voices to a growing chorus of China hawks calling for the blacklisting.

“By failing to act in response, the Department of Commerce risks setting a dangerous precedent and communicating to adversaries that we lack the capacity or willpower to punish blatant financial engineering by an authoritarian regime.”

Honor, Commerce, Huawei and the Chinese Embassy in Washington did not immediately respond to requests for comment.

Chinese telecoms giant Huawei was placed on a trade blacklist by the Trump administration in 2019, arguing the company posed a national security threat, which Huawei denies.

Being on the so-called entity list meant Huawei’s U.S. suppliers have had to obtain special licenses to sell key items like semiconductors to the firm.

As sanctions against the company began to bite amid tighter controls, Huawei said in November it was selling its budget brand smartphone unit, Honor, to a consortium of over 30 agents and dealers.

In August a group of 14 Republican Congressmen led by Michael McCaul, the ranking member of the House Foreign Affairs Committee, also called on the Commerce Department to blacklist Honor, alleging the company was spun off to evade U.S. export controls and to give Huawei access to blocked semiconductor chips and software.