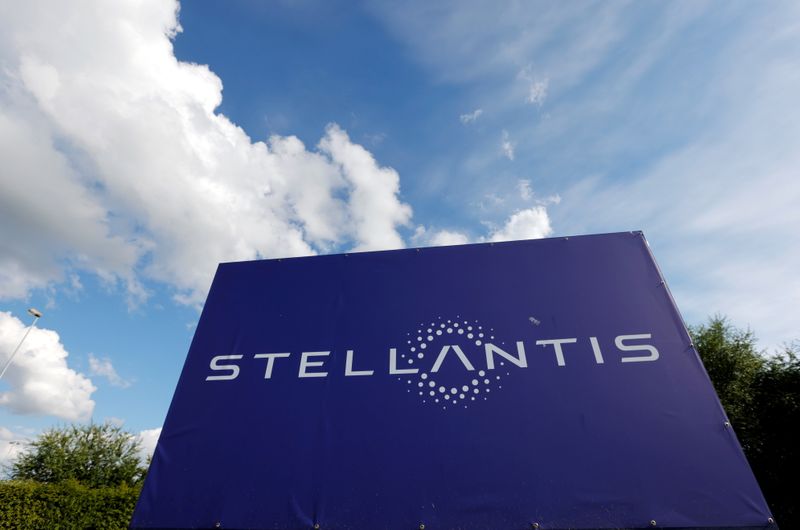 © Reuters. FILE PHOTO: A view shows the logo of Stellantis at the entrance of the company’s factory in Hordain, France, July 7, 2021. REUTERS/Pascal Rossignol


NUERTINGEN, Germany (Reuters) – Carmaker Stellantis will start a restructuring of its European dealers’ network, due to begin in June 2023, with its premium brands such as Alfa Romeo and Lancia, the company’s European sales and marketing chief said on Thursday.

Stellantis, formed at the start of the year by the merger of Fiat Chrysler and Peugeot (OTC:) maker PSA, announced in May that it would completely restructure its European dealers’ network as it seeks to adapt to changes in the industry brought by electrification, including a boom in online sales, and achieve promised post-merger synergies.

Stellantis will end all current sales and service contracts with European dealers for its 14 brands, with effect from June 2023.

The company is still exploring options for how to structure future relationships with dealers but is moving towards an “agency model”, European sales chief Maria Grazia Davino said, referring to an arrangement where carmakers take more control of sales transactions while dealers focus on handovers and servicing, no longer acting as the customer’s contractual partner.

“To be transparent, we are still building this up,” Davino said at an autos conference in Nuertingen, near Stuttgart. “We are going in the direction of an agency model.” .

As of June 2023, significant changes will be made to the European Union’s Block Exemption Regulation (BER), which has granted antitrust exemptions to carmakers allowing them to operate franchise networks where they can dictate who sells their products and where.

Stellantis, which has 14 brands including Fiat Chrysler, Peugeot, Opel, Jeep and others, issued termination notices to all current sales and service dealers in June, but contracts will remain valid for another two years.

The world’s fourth largest carmaker has promised more than 5 billion euros ($6.1 billion) in annual synergies and said 7% of them would be driven by savings on sales operations and general expenses.

The company did not specify at the time what future contracts would look like, but highlighted that the decision for a change was taken in anticipation of growing online sales and new market players such as e-commerce platforms.

It is not yet known whether this process will lead to a reduction of Stellantis’ network in Europe.

Stellantis said in May that the network restructuring will not involve dealers of Stellantis luxury brand Maserati and those in the United States, home of some of the group’s most popular brands such as Ram and Dodge.

Venezuela envoy Saab to plead not guilty to money laundering