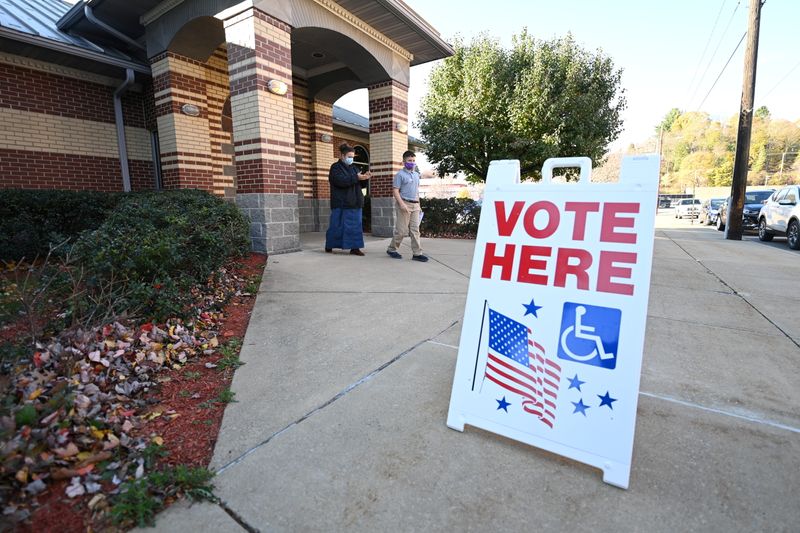 (Reuters) – Republican lawmakers in Pennsylvania will kick off an “election integrity” investigation with a public hearing on Thursday, joining partisan efforts in other battleground states to cast doubts on former President Donald Trump’s November election loss.

The hearing at the State Capitol in Harrisburg is expected to lay the groundwork for an expansive review into the November presidential vote in the state, which Trump lost to Democratic President Joe Biden by nearly 81,000 votes.

Pennsylvania’s election review will be closely watched by Trump’s allies in Arizona, Michigan, Wisconsin and other swing states where they are attempting to justify or forge ahead with “forensic” audits of the 2020 vote, spurred on by Trump’s baseless claims that he lost due to systemic fraud.

Pennsylvania has already conducted a so-called risk-limiting audit of the November election, and all counties separately audited a sample of their votes as mandated by law. As with audits in other states, widespread fraud was not found.

Supporters of the former president have nevertheless pushed for “forensic” examinations involving the inspection of tabulation equipment. Their model has been an ongoing audit in Arizona that a wide collection of election experts, Democrats and even some Republican officials have rejected as a partisan operation run by contractors without relevant expertise.

Pennsylvania’s attorney general, Democrat Josh Shapiro, has called the push for another audit a “sham” on Twitter (NYSE:), saying it was based on “Trump’s Big Lie” and vowing to challenge the effort in court.

The probe will focus in part on decisions by the Pennsylvania Department of State to expand mail-in voting during the coronavirus pandemic and other measures that Republicans believe contributed to Trump’s loss, according to Jason Thompson, a spokesman for Jake Corman, the state Senate’s top Republican, and state Senator Cris Dush, the Republican tapped to lead the review.

The Senate committee overseeing the probe is prepared to issue subpoenas to county and state election officials to compel testimony and obtain communications, Thompson said, confirming comments made by Corman last week to conservative media.

“One of the things that the Democrats and the media have said on a regular basis is that there’s no evidence of fraud,” Corman said on former Trump adviser Steve Bannon’s “War Room” podcast. “We want citizens to come in and tell their stories firsthand under oath.”

Thursday’s hearing will be limited to remarks from Dush and Anthony Williams, a Democrat and minority chair of the committee handling the probe, and a Republican commissioner from a rural county, according to an agenda for the hour-long meeting.

No one from Pennsylvania’s Department of State, the agency that oversees voting, will testify because of litigation related to the election, spokeswoman Wanda Murren said.

Dush took over the probe from state Senator Doug Mastriano last month following disagreements between Corman and Mastriano over how to run and fund the effort.

Mastriano had wanted to use Cyber Ninjas, the contractor overseeing the audit in Arizona. But Corman had concerns about the firm’s credibility, a person familiar with the probe said. Mastriano also wanted to pay for the investigation with private donations, counter to the current plan to use Senate funds, the person said.

The Dush-led team is close to choosing a vendor to oversee the investigation, the person added.

Mastriano did not respond to a request for comment.

The webpage established to collect sworn testimony from citizens has received more than 250 submissions, although there are some duplicates and individuals expressing opinions rather than testimony about alleged wrongdoing, Thompson said. The submissions are still coming in and will need to be vetted before anyone is called to testify, he added.