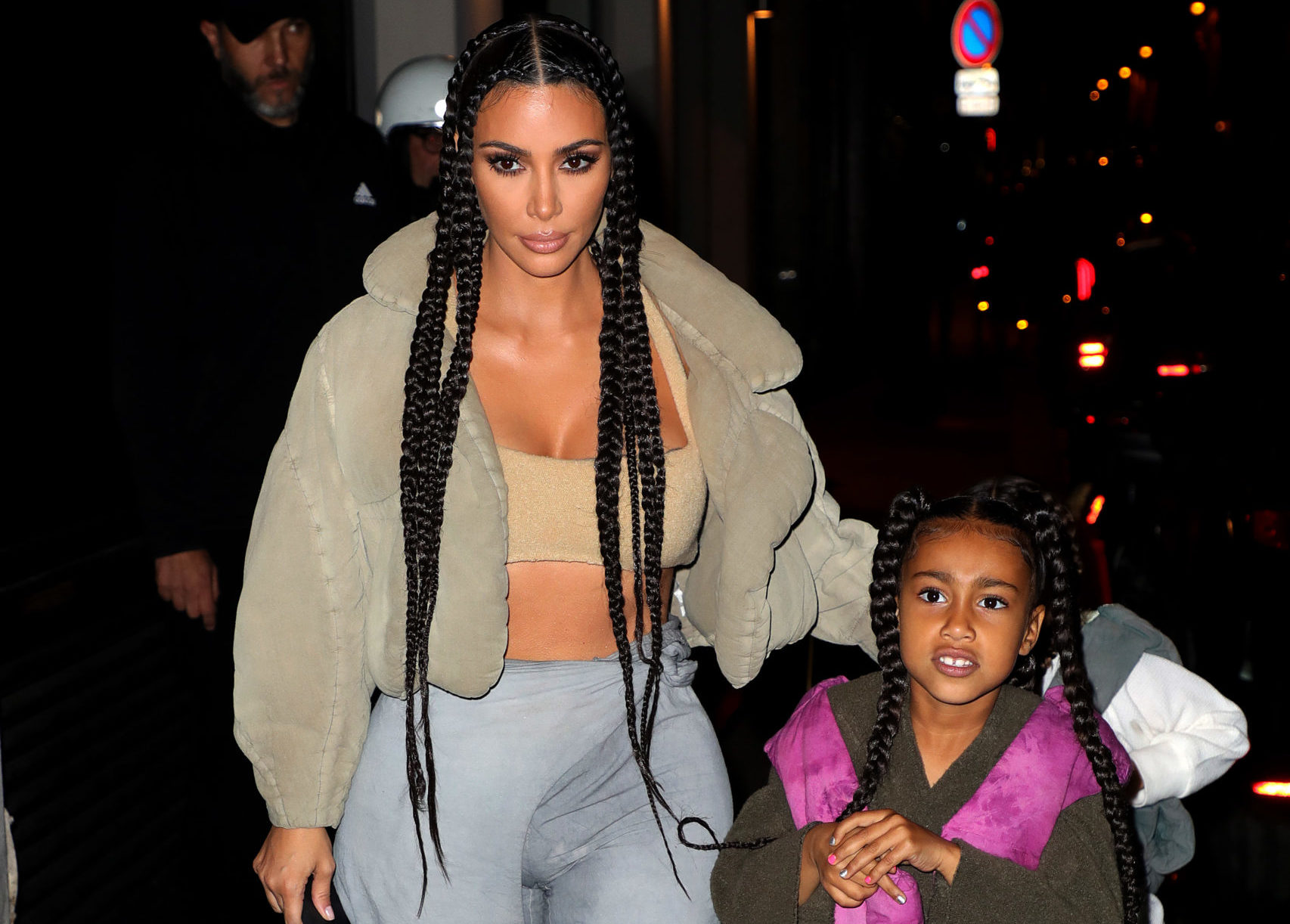 By now, folks should know that North West is a force—at least when it comes to keeping Kim Kardashian on her toes! On Wednesday, North playfully blasted Kimberly about talking “different” while on social media. The hilarious interaction was captured on Kim’s Instagram Story for everyone to enjoy.

Kim was attempting to film a haul for the beauty, subscription company Boxy Charm. North kept popping into the frame with an apple dressed in foundation and fake lashes. Kim keeps her best game face on as North giggles and continues to interrupt her.

In another frame, Kim is seen walking towards the Boxy Charm products sitting on her bathroom counter. Viewers then hear North choose violence towards her mama with her next line of questioning.

A seemingly flustered Kim looks for an ally with her follow-up comment. She asks followers “Guys, do you think I talk different when I’m talking about contour.” Before the video ends, a small voice is heard in the background agreeing with North’s critique by saying “yeah.”

A surprised Kim finds that the agreement came from her niece and Kourtney Kardashian”s mini-me, Penelope Disick.

North continues to apply pressure to her line of questioning. She begins to mimic Kim as the camera moves from the make-up to her face. And, nope she doesn’t spare any dramatics with the supposed imitation.

“Guys, so today I got this new mask and this new bronzer,” North says with an exaggerated tone of voice. “I got this.”

Penelope, loving her cousin’s antics, is seen laughing and nodding in agreement with North’s reenactment.

Kim attempts to move the subject along to the girls’ current activity, which happened to be giving makeovers to fresh fruit. She calls the beat apple and mango on the counter “really creative.”

“Aww thanks I’m so glad my beauty products can be used,” Kim says.

North then steps in, and once again, chooses to expose Kim saying “you sure you’re really glad cause you always say you’re glad and you’re mad.”

“Well, I’m mad that you guys leave a mess like this,” Kim responds. “You guys are going to have to learn to clean it up.”

Whew! North, who is the eldest of Kim and Kanye’s four children, quickly sent social media users into laughter with her comments. One thing for sure, we foresee no issues with North speaking her mind in the years to come!

As the new series of Sex Education drops, the 10 emotional stages of binging a new box set