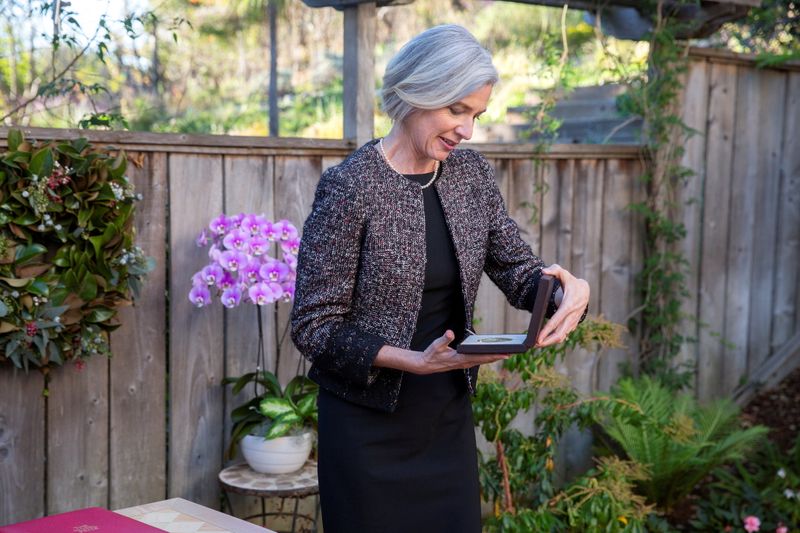 (Reuters) – Mammoth Biosciences, co-founded by Nobel laureate Jennifer Doudna, touched a valuation of more than $1 billion after raising $150 million in its latest funding round.

Doudna, who shared the 2020 Nobel Prize in Chemistry with Emmanuelle Charpentier for developing the CRISPR/CAS9 gene editing tool, co-founded the biotech startup in 2017, with a focus on using the technology to develop diagnostics.

The San Francisco-based company, which is using CRISPR to develop a COVID-19 test, said on Thursday it hopes the latest funding will allow it to double down on the development of therapeutics.

“We’ve always known that many of these proteins could be transformative for therapeutic applications as well,” said Chief Executive Officer Trevor Martin, who co-founded the company with Doudna and other members of her lab.

“In particular, what we are excited about (is) what we call permanent genetic cures.”

Martin said the discovery by Mammoth of newer and smaller proteins such as CAS14 could help overcome hurdles faced by older ones, including the CAS9 editing tool.

“These are compact cars compared to freight trucks of the existing previous technologies, and I think that’s transformative for delivering these technologies in-vivo (in the body).”

The company, which counts Apple Inc (NASDAQ:)’s Chief Executive Tim Cook and Alphabet (NASDAQ:)’s Verily as investors, declined to comment on a specific timeline for when a drug could begin being tested in humans.

Mammoth has rapidly expanded to 110 employees as recent funding helped in beefing up its clinical teams. In late 2020, the company raised $45 million in a funding round.

DeFi Lending With MOR is Finally Working For Traders and Borrowers...

Trudeau Favored for Slimmer Victory Than Hoped in Snap Election