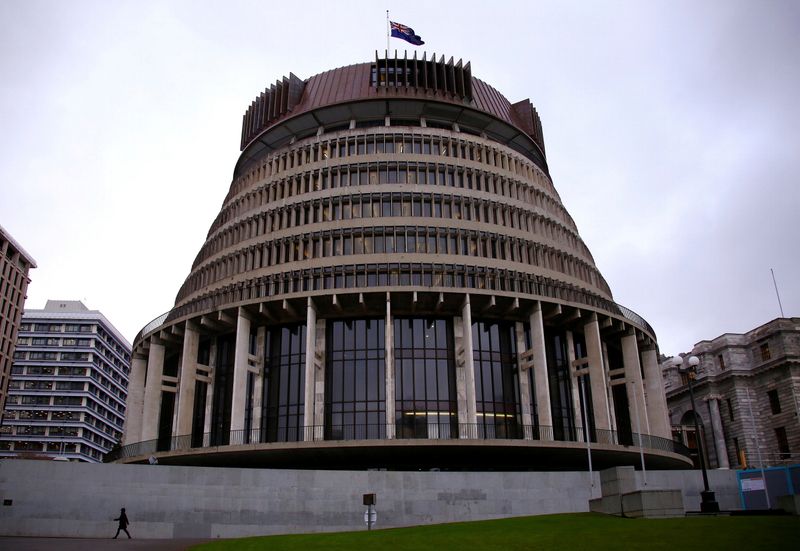 
WELLINGTON (Reuters) – New Zealand’s parliament took a step closer on Tuesday to making it easier to arrest and prosecute terrorists planning attacks, just weeks after an Islamic State-inspired assault by a knife-wielding assailant wounded seven people at a supermarket.

The Counter-Terrorism Legislation Bill passed its second reading in parliament with the ruling Labour Party and the main opposition National Party voting in favour, while smaller parties like the Greens opposed it.

The bill, an amendment to the 2002 Terrorism Suppression Act and other related laws, will be enacted once it clears a third reading.

The government said the legislation addresses a major gap in the law by criminalising planning or preparation for a terrorist act. Enforcement agencies have long recommended the change.

The new law also gives police the ability to apply warrantless powers of entry, search, and surveillance to stop the planning and preparation of a terrorist act and criminalises weapons training or combat training for terrorist purposes.

“This is a change which bring us into line with laws in other countries and strengthens our laws to fight the changing nature of terrorism where we are seeing more threats from lone actors rather than terrorist organisations,” Faafoi said in a statement.

Prime Minister Jacinda Ardern vowed to tighten counter-terrorism laws by the end of the month after the knife attack at a mall in Auckland on Sept 3. The man, who was shot dead by police, was was inspired by the Islamic state militant group and was being monitored constantly by security personnel after his earlier release from prison.

It was the second terrorist attack in the country in as many years after the massacre by a white supremacist at two mosques in Christchurch in March 2019 that killed 51 people and injured dozens more.

Critics have argued that the government rushed the bill without enough debate and risks creating a law that could cause further harm marginalised communities.