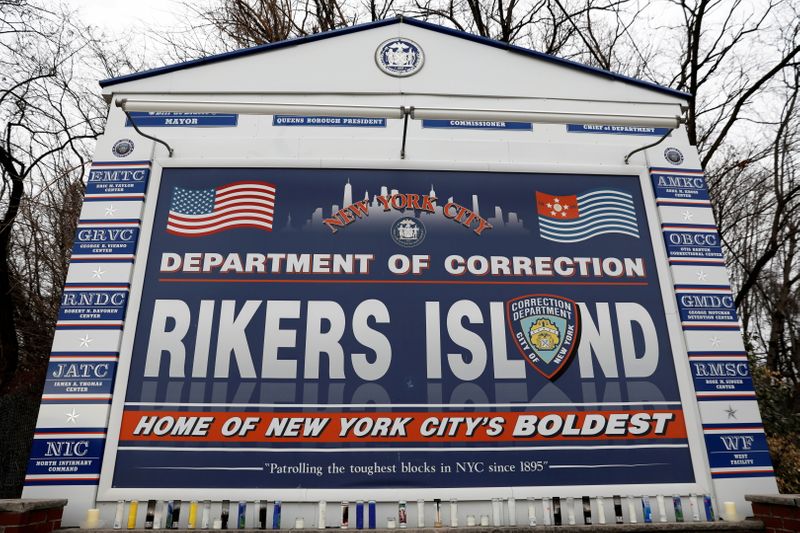 Among the biggest challenges is a spike in numerous sick calls by corrections officers during the COVID-19 pandemic, resulting in severe staffing shortages in the notoriously violent jail, said the mayor. De Blasio in 2017 proposed closing Rikers within 10 years and opening smaller jails in the city’s boroughs.

“We have invested a huge amount to try to fix that situation – even in a place we shouldn’t be in any more,” de Blasio said, noting talks were underway with the Correction Officers’ Benevolent Association, the union representing thousands of officers at Rikers.

But union spokesman Michael Skelly blamed de Blasio for what he said was “atrocious, inhumane, deplorable conditions” that have made officers sick.

“He’s refused to hire corrections officers for three years. So we now have less than 7,600 corrections officers, down from 9,000 two years ago. We have an inmate population that has doubled in one year: 3,400 a year ago to almost 6,000 today, while not hiring a single correction officer,” Skelly said.

As de Blasio spoke to reporters, a group of 14 elected officials toured the complex on the 400-acre (160-hectare) island in the East River, connected by bridge to the borough of Queens.

The visit was welcomed by defendant advocates as helping to focus a spotlight on their demands for an immediate shutdown of the complex.

“To stave off further loss of life, City Hall must work with local prosecutors and the State to immediately decarcerate,” said Tina Luongo, attorney-in-charge of the criminal defense practice at The Legal Aid Society.

The state legislators visited Rikers just two days ahead of a New York City Council hearing on city jails set for Wednesday, according to the council’s website.

The council in 2019 approved an $8.7 billion package to close Rikers and three other jails.

Some buildings on Rikers already have been closed and the city is working toward “an entirely new corrections system with community-based jails. Those are on the way,” de Blasio said.