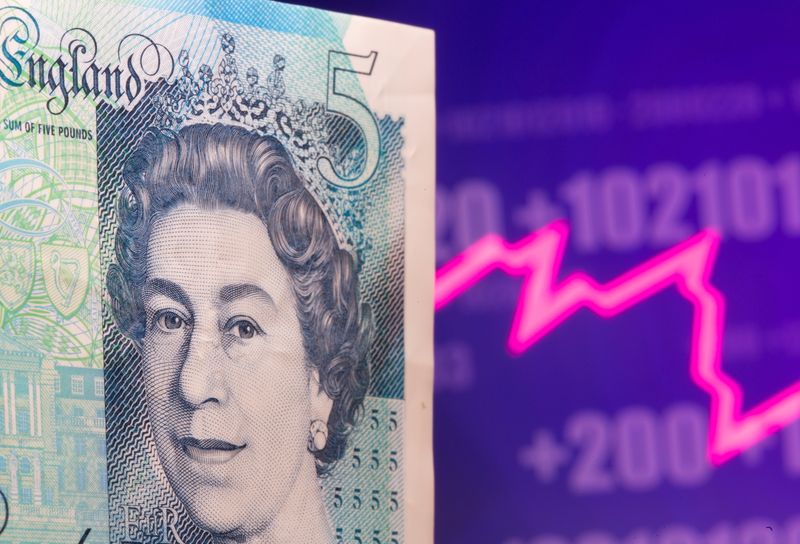 © Reuters. FILE PHOTO: A British Pound banknote is seen in front of displayed stock graph in this illustration taken May 7, 2021. REUTERS/Dado Ruvic/Illustration/File photo

LONDON (Reuters) – Britain will be piloting a digital version of the pound within a few years to cut the cost of money transfers, NatWest bank chairman Howard Davies said on Tuesday.

Central banks across the world as studying whether to launch a central bank digital currency (CBDC), a digital version of their currency, to stay abreast of rapid technological developments in payments systems.

The Bank of England has yet to decide on whether to push ahead with a sterling CBDC.

“I suspect that within three to five years we will see that operating in the UK on a sort of pilot basis to start with,” Davies told a Bloomberg event.

A CBDC is a logical development, though problematic from a banking point of view, as cash gradually finds its way out of the economy, Davies said.

Meanwhile crypto assets like bitcoin were “environmentally disastrous” and of no use for transactions apart from buying cocaine on the dark web, he said.

“It’s not a store of value, it’s too volatile,” Davies said.