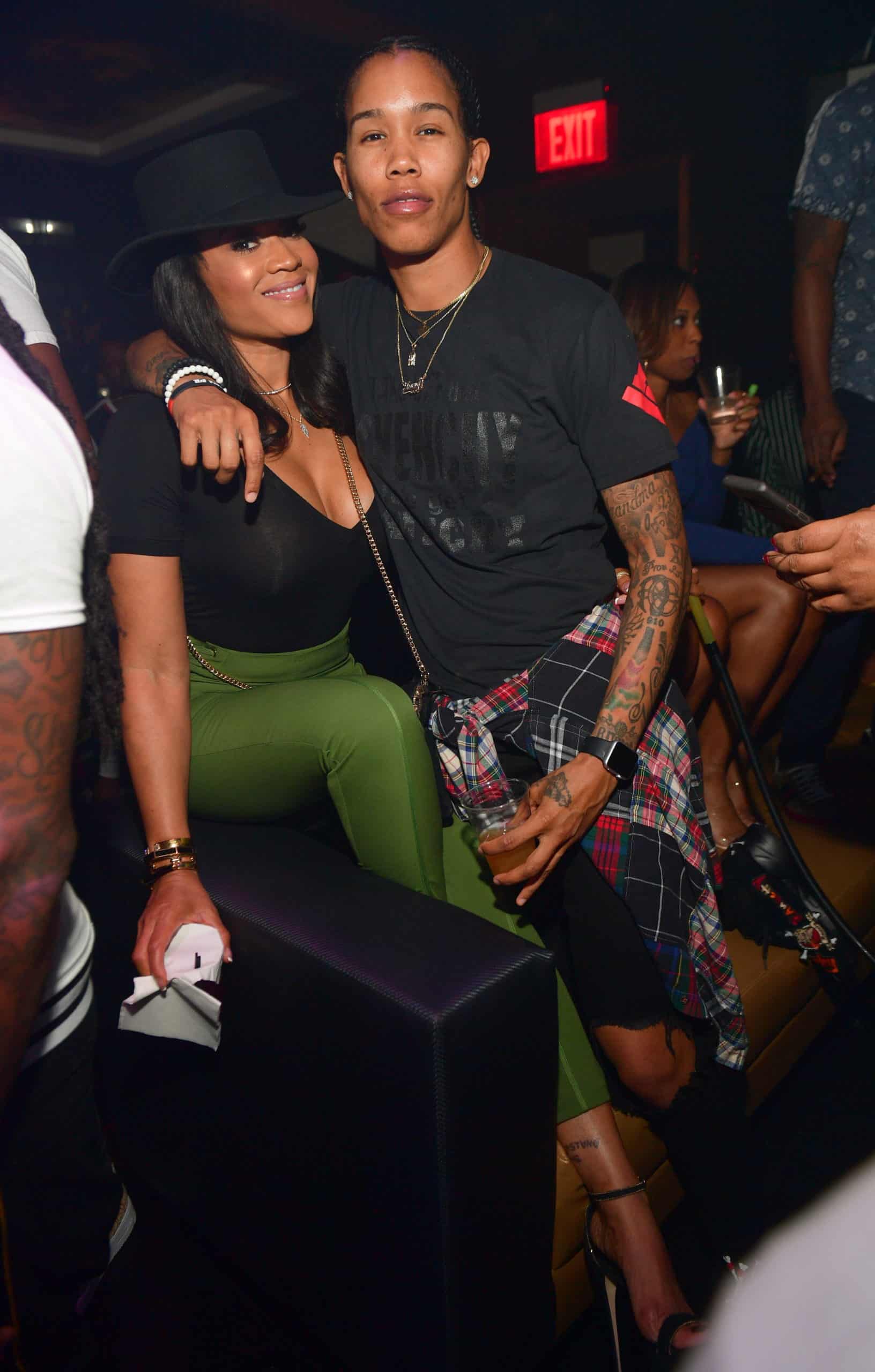 It’s not uncommon for fans to develop strong ties to their favorite celebrity couple. So much so that if that couple ends things, fans hurt right along with them. One such couple was Love & Hip-Hop’s Mimi Faust and former WNBA player Ty Young. The pair broke hearts when news of their split was confirmed in spring of this year. Now, a recent video obtained exclusively by The Shade Room shows hope of a reconciliation between these former lovebirds.

According to our source, who filmed the exclusive clip, Mimi and Ty were both present at a block party for an Atlanta-based restaurant called Rock Steady. The restaurant’s official Instagram account posted a flyer that listed the block party days as Sunday, September 5 and Monday, September 6. Our source confirmed that the intimate video was filmed at Monday’s edition of the party.

In the ten-second video, Mimi and Ty flaunt their dance moves to the background music, while inching towards each other. Both ladies wore huge smiles on their faces as they enjoyed this cozy moment. Once Mimi gets close enough to Ty, she wraps her arm around Ty’s waist. Ty responds by resting her arm on Mimi’s lower back. Then, the video cuts out.

At this time, we aren’t able to confirm if the couple is back on a romantic relationship track. However, from the looks of the exclusive video — the sparks between them are doing their sparking thing.

As previously reported, the couple announced their engagement last summer. Less than a year later, they decided to split ways. In April, Mimi clarified via her “Margaritas with Mimi” Instagram segment that the relationship didn’t end because of cheating.

“There was no cheating going on in this relationship at all,” Mimi said. “It was all respect, but we just…people grow in different directions.”

During a June interview with Tami Roman, Mimi also revealed that their engagement is what sent things south for her.

Later in the interview, Mimi was asked if she and Ty were getting back together. Well, it looks like her reply of “life is funny” might end up being hilarious. In the meantime, we’ll keep our fingers crossed for this pursuit of Black love!