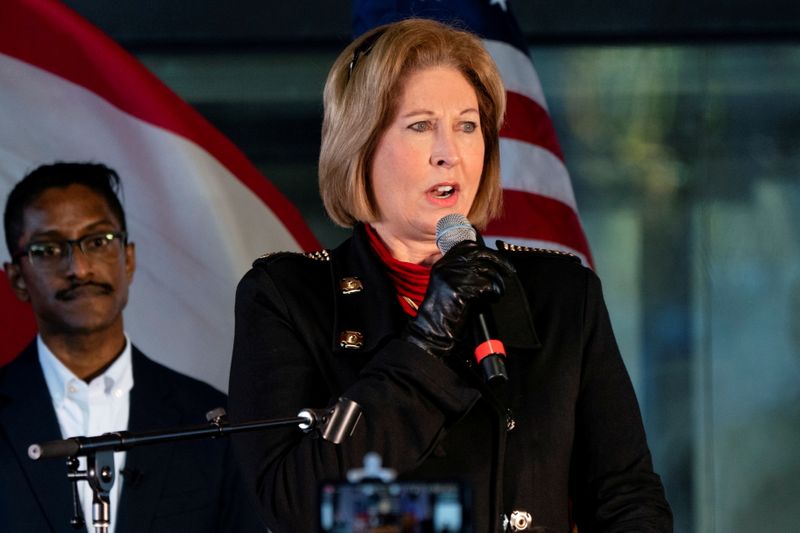 WASHINGTON (Reuters) -Michigan Governor Gretchen Whitmer said in a court filing on Wednesday that Sidney Powell, a former campaign lawyer for Donald Trump, and lawyers she worked with should reimburse the state for $22,000 spent defending a frivolous election lawsuit.

A U.S. judge last month sanctioned Powell and other lawyers who sued in Michigan to overturn Democratic President Joe Biden’s election victory over Trump, and suggested they might deserve to lose their law licenses.

Among other forms of discipline, the judge ordered the pro-Trump lawyers to reimburse state and local officials in Michigan for the legal fees they incurred defending the lawsuits.

The City of Detroit is expected to file a request for reimbursement later on Wednesday that will be much larger than the one submitted by Whitmer.