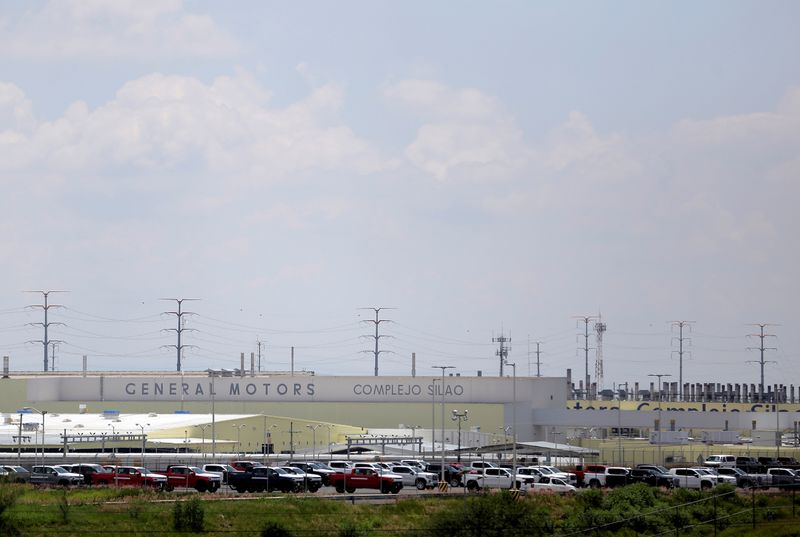 © Reuters. FILE PHOTO: The General Motors plant is seen as its workers are to vote on whether to reject or keep the collective bargaining agreement, marking the first major test of labor rules under the United States-Mexico-Canada Agreement (USMCA), in Silao, Mexico


MEXICO CITY (Reuters) – Mexico expects the United States to comply with automotive rules in a new North American trade pact, a senior official said, taking a firm line ahead of high-level talks next week clouded by a dispute over the future of the car industry in the region.

Mexico and Canada have for months been at odds with the United States over the application of regional content requirements for the auto industry, one of the cornerstones of the United States-Mexico-Canada Agreement (USMCA) trade pact.

The two countries argue for a more flexible interpretation of the rules than the one taken by U.S. officials.

When asked late on Thursday whether a new methodology could be applied to avoid taking the dispute to an international tribunal, Deputy Economy Minister Luz Maria de la Mora told Reuters:

“No, because we’re not renegotiating (USMCA). It’s about honoring what was agreed in the treaty,” she added.

Top U.S. and Mexican officials are on Sept. 9 in Washington due to restart the so-called high level economic dialogue, talks that were suspended during the Trump administration.