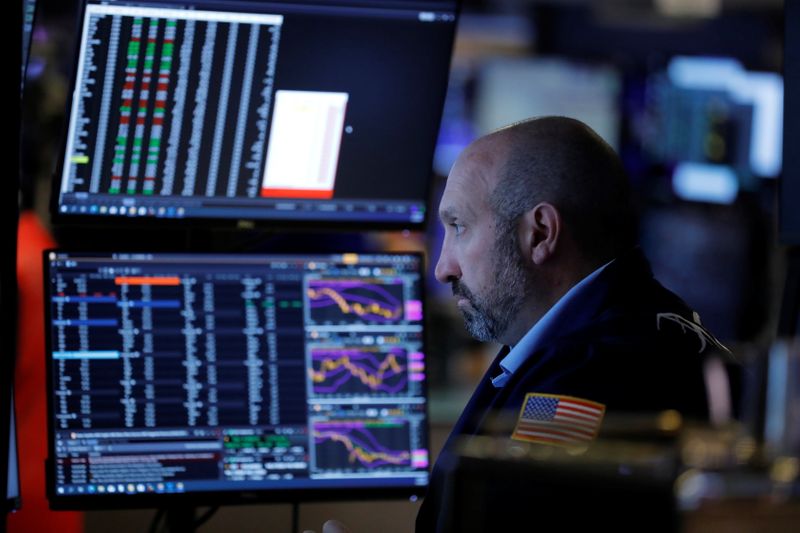 ORLANDO, Fla. (Reuters) – Macro hedge funds drew in huge inflows and chalked up stellar returns in the second quarter, but stubbornly low volatility and an eerie calm over financial markets since then suggest they may struggle to maintain that performance for the rest of the year.

Macro funds rely on the price anomalies, widening spreads and arbitrage opportunities thrown up by high volatility and choppy trading conditions in fixed income, currencies and commodities, as well as taking big, directional bets on interest rates and exchange rates.

It’s not that macro funds have performed badly this year. Spurts of volatility in February and June helped deliver solid first and second quarters, but keeping that up through year-end will require higher volatility.

The paradox is that volatility is stubbornly low despite unusually high uncertainty over how governments and central banks exit pandemic crisis levels of fiscal and monetary support, and how economies hold up.

If this is true, the Federal Reserve is likely to be more cautious about dialing down stimulus and delay tapering its monthly purchases of $120 billion of Treasuries and mortgage-backed securities. All else being equal, this is bad news for macro hedge fund managers.

A strategist at one big macro fund in New York contacted last week could be speaking for the entire industry: “I don’t care where the volatility comes from, as long as we have it.”

The ‘Macro Strategies’ benchmark index of hedge fund industry data provider Preqin rose 6.18% in the first eight months of the year. Its 4.37% rise in the second quarter was the third highest quarterly return in at least a decade.

Investors are clearly getting on board. HFR data show an estimated $8.35 billion of inflows in the second quarter, the most in 10 years, while Preqin’s $10.3 billion inflow was the highest by their measure since 2017.

Still, an investor putting cash into the on Jan. 1 is sitting on total returns of 21% and while the Bank of America (NYSE:) U.S. Treasury bond index may be down 1.5% on a year-to-date basis, it is up 3% from its low in March.

A traditional 60-40 equities/bonds portfolio is comfortably outperforming macro funds this year. A glance at the longer-term ebb and flow of volatility shows what macro funds are up against.

Take major currency markets. Refinitiv data shows the pivotal euro/dollar exchange rate is on course for its narrowest trading range in any year since its launch in 1999, oscillating in a 687-pip range between $1.1662 and $1.2349.

This gauge of volatility in the world’s most important and liquid currency market fell below 5% last week for the first time since February last year.

It’s a similar, though less dramatic, story in Treasuries. Implied three-month U.S. bond market volatility as measured by the MERMOVE index slumped from a pandemic peak to an all-time low late last year. It has risen since, but remains extremely low by historical standards.

Thanks to years of near-zero interest rates across most of the developed world, rates and currency market volatility has steadily been eroded. So much so that since 2012 macro funds have recorded an overall net outflow of $74 billion, according to HFR.

They will be hoping a recent pick-up in volatility due to deteriorating U.S. economic data, jitters over the Delta COVID-19 variant, and worries that Wall Street may be ripe for a correction is the start of something more prolonged.

Strategists at Goldman Sachs (NYSE:) suggest a turn is close at hand. They point out that periods of low volatility have become shorter over the past 20 years and the link between previous and upcoming volatility has virtually disappeared.

“Because the link between past and future volatility has weakened, investors should be cautious in extrapolating the current low volatility regime too far in the future,” they wrote in a note last week.

Denmark stocks higher at close of trade; OMX Copenhagen 20 up 0.93% By Investing.com