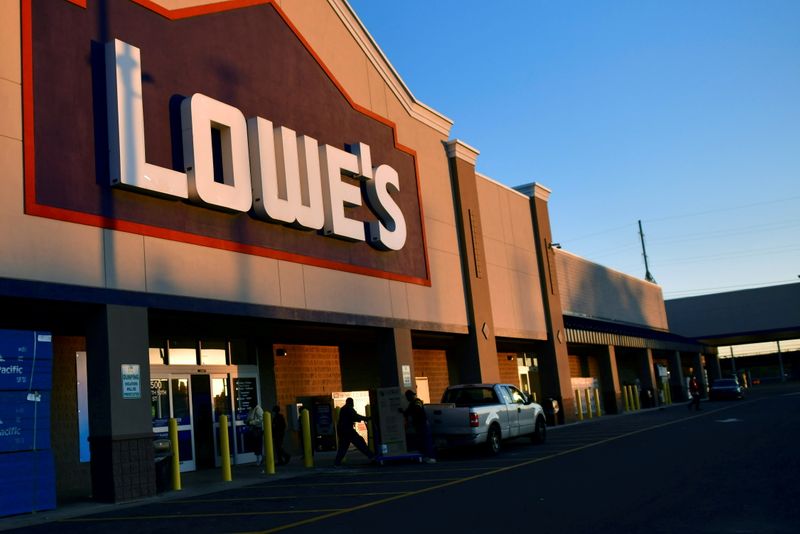 
(Reuters) – Lowe’s (NYSE:) Cos Inc said on Thursday it was bringing holiday products into its stores and warehouses earlier than originally planned, as supply chain bottlenecks threaten to leave U.S. stores with empty shelves during the holiday season.

U.S. retailers have been scrambling to stock their racks and have enough inventory to ensure key items are not out of stock during the crucial holiday period, as COVID-19-led factory closures in Vietnam and port congestion have put a dent in their supply chain.

Lowe’s Chief Financial Officer David Denton, however, said the home-improvement chain was in a better position today than it was six to 12 months ago, with respect to its inventory position and supply chain.

“We’re actually getting better, not worse,” Denton said at a Goldman Sachs (NYSE:) Annual Global Retailing Conference. “Lowe’s is positioned better than most, if not everybody else in the marketplace.”

Macy’s Inc (NYSE:) said earlier at the Goldman Sachs conference it was very carefully watching its supply chain issues, particularly in the apparel and shoes categories.

Lowe’s said it has placed bigger orders for high-demand items with its suppliers to make sure it gets those products in its stores.

A dozen U.S. and European suppliers and retailers Reuters had surveyed expected weeks-long delays in holiday inventory due to shipping issues.