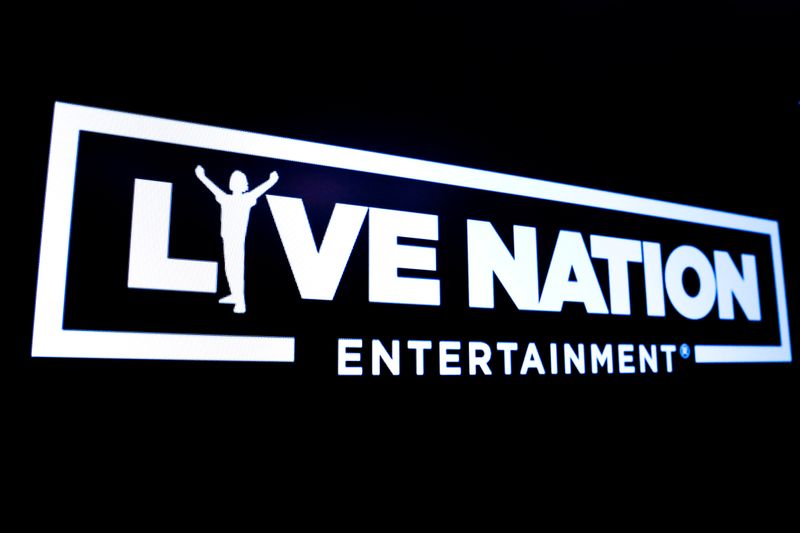 © Reuters. FILE PHOTO: The logo for Live Nation Entertainment is displayed on a screen on the floor at the New York Stock Exchange (NYSE) in New York, U.S., May 3, 2019. REUTERS/Brendan McDermid

Live Nation agreed to proceed with its acquisition, which was stalled last year, of a 51% controlled interested in Ocesa, a leading entertainment promoter and the statement filed with the Mexican stock exchange said.

The acquisition includes Televisa’s 40% stake in Ocesa and Mexican entertainment firm Corporacion Interamericana de Entretenimiento’s (CIE) around 11% stake. Additionally, Live Nation acquires 51% of the shares of other CIE businesses dedicated to the operation and organization of special events for the private sector.

Live Nation said in a press release the aggregate purchase price for the acquisition would be about $444 million.

Televisa said reached an agreement with Live Nation for the acquisition and its shares in Ocesa, in a statement Monday. The firm said it would receive some $5.2 billion pesos ($262 million) for its share position.

In its statement Monday, Live Nation said the acquisition, previously announced in July of 2019, “was paused due to the pandemic, and is now expected to close by late 2021 or early 2022.”

Televisa said last year that it would consider its legal options after talks with Live Nation Entertainment failed to reach an accord https://www.reuters.com/article/us-televisa-live-nation-idUSKBN2322N4 over the latter’s decision to pull out of a deal with the Mexican broadcaster.

Live Nation had said at the time it was terminating the purchase agreement due to CIE’s failure to comply with certain contractual obligations.