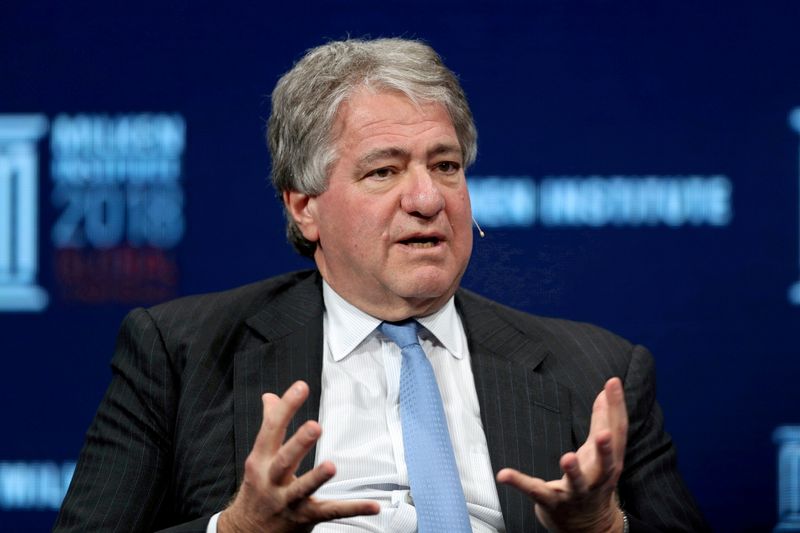 
(In 7th paragraph, fixes date of amended complaint to Aug. 9 instead of Aug. 10)

Black’s claim in a New York state court filing was in response to Guzel Ganieva’s amended civil lawsuit, where she said the private equity billionaire flew her to Florida https://www.reuters.com/legal/government/russian-model-suing-leon-black-alleges-billionaires-ties-jeffrey-epstein-2021-08-10 in 2008 for a possible sexual encounter with Epstein, his “best friend.”

Lawyers for Ganieva did not immediately respond to requests for comment.

The former Russian model, now in her late 30s, is seeking unspecified damages from Black, accusing https://www.reuters.com/business/womans-lawsuit-accuses-leon-black-defamation-violent-behavior-2021-06-01 the 70-year-old of rape and other sexual abuse, forcing her to sign a 2015 nondisclosure agreement, and defaming her by claiming she tried to extort him.

Black, who is married, has denied https://www.reuters.com/world/us/leon-black-rejects-russian-womans-claims-violent-behavior-files-countersuit-2021-07-19 the abuse claims. He has also said he paid Ganieva $100,000 a month for several years not to discuss their consensual 6-1/2-year relationship, after she demanded $100 million.

The payments stopped after Ganieva tweeted about Black in March.

In Wednesday’s filing, Black’s lawyers challenged Ganieva’s “miraculous sudden recall” for her Aug. 9 amended complaint of “shocking acts of sexual torture and threats to traffic her” that were omitted from her original June 1 complaint.

The lawyers said these included “gratuitous” claims involving Epstein that flight records and other evidence would show were untrue.

“Ganieva has a history of inventing tales of bullying, harassment, disrespect — and worse — in the hopes of winning a payday for herself,” the filing said.

Black stepped down https://www.reuters.com/article/uk-apollo-global-ceo/leon-black-step-downs-as-apollo-ceo-after-review-of-epstein-ties-idUKKBN29U2LK from Apollo this year after an outside independent review found he had paid Epstein $158 million for tax and estate planning.

The review also said Black was not involved in Epstein’s criminal activities.

Black has publicly said he regretted his involvement with Epstein, who killed himself in a Manhattan jail in August 2019 while awaiting trial on sex trafficking charges.

Wednesday’s filing made no mention of Black’s earlier defamation counterclaims against Ganieva.

His lawyers have said Black would no longer pursue the counterclaims, so that he could focus on defending himself.

Ganieva’s lawyers have said court rules forbid the withdrawal because their client had responded to them, and that Black countersued to win positive media attention.