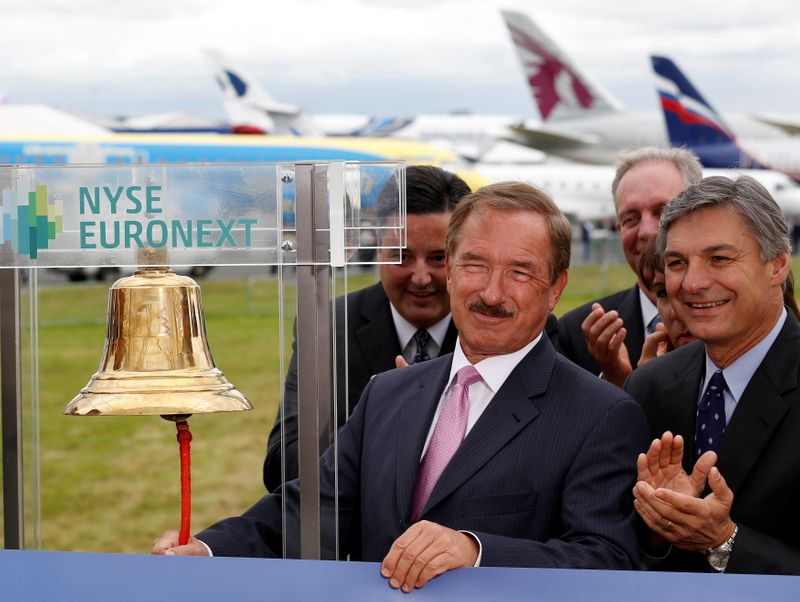 LONDON (Reuters) – Aircraft leasing companies are for the first time buying more of the world’s passenger planes than airlines after the pandemic clobbered carriers around the world, senior industry executives said on Monday.

The historic shift, following decades of gradual growth, is down to leasing giants being able to access cheaper financing than carriers in another sign of the financial woes facing much of the airline industry, they said.

Aircraft lessors, who buy planes from manufacturers like Airbus SE (OTC:) and Boeing (NYSE:) Co and lease them on to airlines, had accounted for around 40-45% of aircraft deliveries before the pandemic, said industry pioneer Steven Udvar-Hazy.

Udvar-Hazy, who said he remembered the sector providing finance for just 1% of deliveries when he helped pioneer the industry in the early 1970s, said it was hard to say if the number could go higher.

“It’s in a range now that is probably a good equilibrium for the industry,” he told Reuters. “I never thought it would get to 50% or even 40%.”

As the industry recovers, airlines may recover the ability to get the financing on their own, he added.

A senior executive for larger rival AerCap agreed that the leasing sector was now responsible for financing a majority of new passenger jet deliveries, financing somewhere between 50% and 60%.

“Going into COVID, we were always ‘will we ever get to 50%?’ and we’ve blown through that,” AerCap Chief Commercial Officer Peter Anderson told Reuters, adding he thought the new level was sustainable.

He said the industry’s manufacturing duopoly of Airbus and Boeing were comfortable with the shift in power from the airlines to the leasing companies.

“It’s much better for Airbus to have a financially capable buyer,” he said. “The leasing industry has the capital to show up at delivery and actually take delivery.”

Some lessors are paying under 2% for finance compared with over 4% for some of the largest airlines in the United States and Europe, Udvar-Hazy told the conference, the first major gathering of leasing sector since the pandemic hit.

U.S. CDC considers ‘test-to-stay’ program in schools instead of quarantine By Reuters