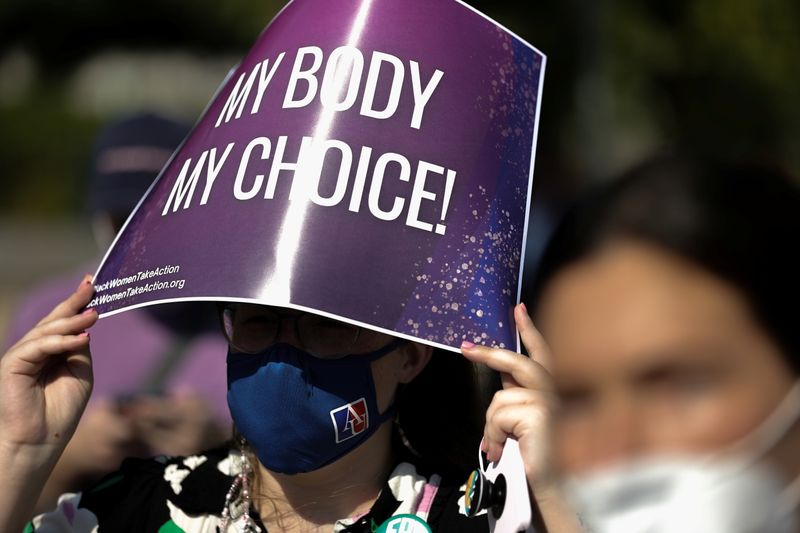 (Reuters) – A San Antonio physician who announced he gave an abortion to a woman in defiance of a new Texas law was sued in Texas state court on Monday by two plaintiffs from other states who want to test the law’s constitutionality.

Alan Braid said in an opinion piece published in The Washington Post on Saturday that he had broken a new Texas law which banned abortions beyond the point where rhythmic contracting of fetal cardiac tissue could be detected. The law leaves enforcement of the ban to citizens, rewarding them at least $10,000 if they successfully sue anyone who helped provide such an abortion and paying their court costs.

In the cases filed on Monday, the state would be paying the costs of testing the law. One of the plaintiffs who sued Braid, Oscar Stilley, said in a phone call with Reuters on Monday that he opposes the Texas law and wanted to be the first person to force a court to assess its legality.

“I think it’s a decision between her and her doctor,” he said when asked whether he supported giving women the right to choose abortion access.

Stilley, a disbarred lawyer, is on home confinement serving the 12th year of a 15-year sentence for tax evasion and conspiracy.

The other plaintiff, Felipe Gomez, a suspended lawyer from Illinois, alleged in his complaint that “the Act is illegal as written and as applied here.” Gomez did not immediately return a call for comment.

Monday’s lawsuits are to date the most direct test of the legality of the Texas abortion ban, which is one of the most restrictive such laws in the United States. Abortion rights groups and the U.S. Justice Department have also sued Texas over the law in federal court, saying it violates a woman’s constitutional right to abortion before the fetus is viable.

Braid’s office in San Antonio referred requests for comment to the Center for Reproductive Rights, which has pledged to represent Braid in any lawsuit.

Asked for comment, the Center forwarded a statement from its senior counsel, Marc Hearron, who acknowledged that the law enables anyone to sue people who aid or abet abortions beyond the prescribed limit. “We are starting to see that happen, including by out-of-state claimants,” the statement read.

Texas Right to Life, a state anti-abortion group, did not return a call for comment.