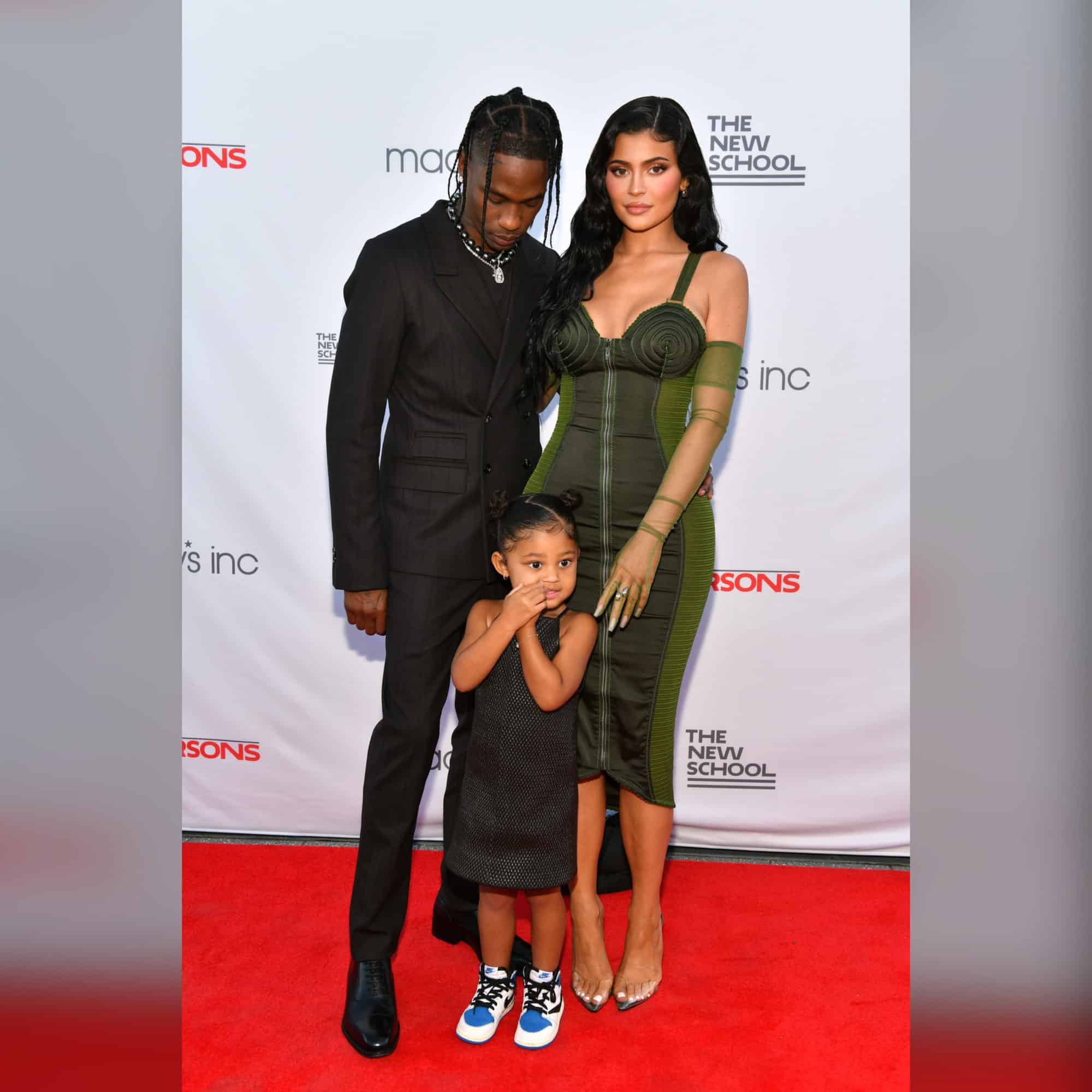 Kylie Jenner decided to put the world in her business and share the gift of life with her followers. Today she uploaded a sweet video putting speculations to an end and showing off her growing baby bump. In a nearly two-minute video, she shared with her 265m Instagram followers how she told Travis Scott, the father of her three-year-old daughter Stormi, along with her mother, Kris Jenner, that she was expecting her second child. The video wowed her followers, and over 186k people left comments congratulating Kylie and Travis.

Travis took to his Instagram story to repost Kylie’s reveal video. He kept it simple and let the video speak for itself, and dropped brown heart emojis. What made the video so adorable was how Kylie included her daughter. In the video, viewers watched Kylie celebrating her 24th birthday with her family and her doctor’s appointment, where she finally hears her baby’s heartbeat during the ultrasound. The videographer was able to capture Stormi kissing her mom’s growing baby belly softly. Kylie’s sisters Kourtney and Kendall showered her comments with well wishes.

Kourtney wrote, “Crying this is so beautiful, my blessed angel sister.” Kim Karshadian commented, “Crying!!!!” while Kendall Jenner commented, “I can’t handle it.” The Roommates also showed Kylie love but did say they felt she was pregnant long before her confirmation. Several Roommates said, “We already knew.” It’s not hard for the Roommates to say that because last month, People reported this news. According to their sources, they were told at the time, “Kylie is a few months along. She has a cute bump. She is beyond excited.”

It’s unclear if Kylie and Travis are back together for sure, but the source did tell People that they recently got back together after splitting in October 2019. Roomies, we’ll keep an eye out to see what Travis and Kylie do next!