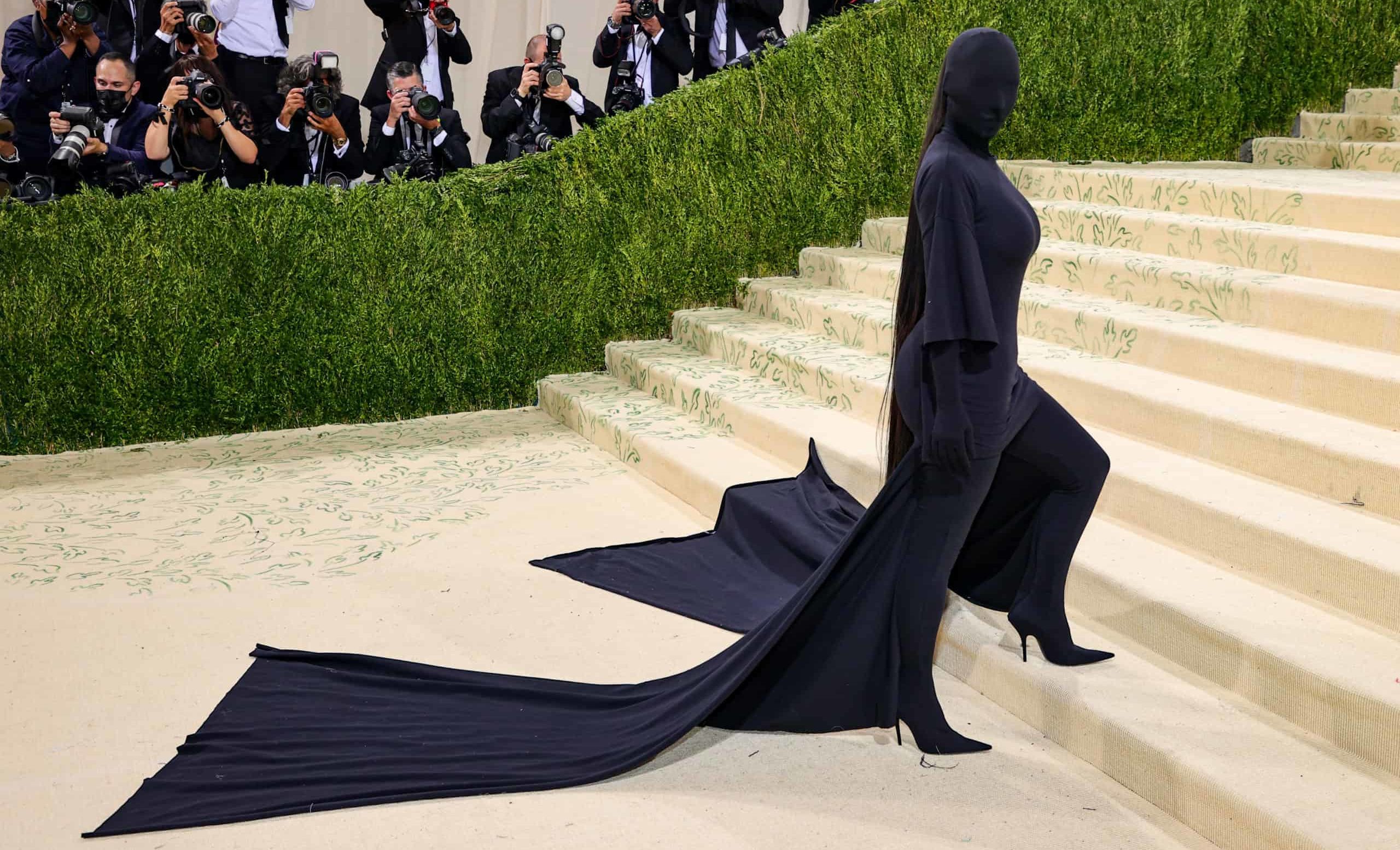 Roommates, when it comes to memorable looks at this year’s Met Gala, Kim Kardashian was one of the most talked about celebrities of the night—but she also shut it down at the after party. To give her fans a look at what was behind her much-talked about masked Balenciaga ensemble, Kim Kardashian posted a photo before she actually hit the red carpet.

While there were many show-stopping looks at the 2021 Met Gala, Kim Kardashian managed to be at the top of the list without ever showing her face. Draped in a head-to-toe all-black design from Balenciaga complete with a full face mask, Kim stood out in a way that no one was expecting.

Shortly after the red carpet was over, Kim shared a photo of herself just after her hair and makeup was done, but before she put her masked design on and headed to the Met. The photo also gave a closer look at her floor-skimming train-length ponytail.

However, Kim didn’t just opt for all-black on the red carpet, as she hit the after party in a similar design, except that this one featured an eye mask, cinched waist and another dramatic train.

As we previously reported, although the theme for this year’s Met Gala was a tribute to American fashion, it seemed that most of the celebrities in attendance decided to wear all black—and Kim Kardashian definitely led the pack.

The post Kim Kardashian Gives Fans A Look At What She Looked Like Behind Her Mask At The Met Gala & Offers A Peek At Her Afterparty Attire appeared first on The Shade Room.

How Many Rosario Dawson Movies/Shows Have You Seen?